n the World Tourism Organization’s 2014 survey Timor-Leste was listed as the 8th least-visited country in 2013. It’s not difficult to understand why. Whenever I tell someone where I’m going, the first response is usually, “Where’s East Timor?” (ed. Specifically, it's right here.)

There aren’t daily flights to Dili (the capital) and each trip I’ve taken there from Washington, DC has involved a minimum of three planes and upwards of four days. It’s also one of the youngest countries in the world, having achieved independence from neighboring Indonesia as recently as 2002. 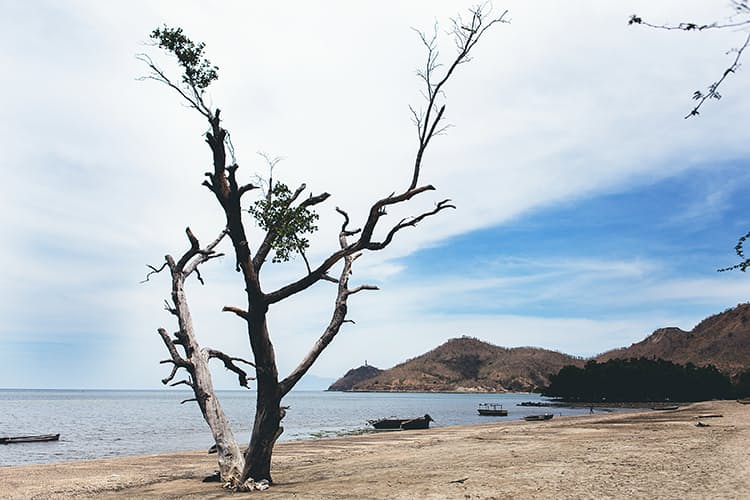 Despite the logistical hurdles that has kept Timor-Leste such an isolated place, its youth is what defines it most of all. This former Portuguese colony is now both culturally and literally young, as it endured 26 years of Indonesian occupation which ended in massive amounts of bloodshed and physical destruction.

There is little physical history older than a few decades. Furthermore, the median age of the population is below 19 — largely in part due to the casualties of the fight for independence. This creates the subtle feeling that Timor-Leste is something of a blank slate. Everywhere you look, it's clear that the Timorese are quietly developing their own culture.

Venturing away from Dili and the smaller neighboring towns means traversing roads that are little more than mud and rocks, often barely wide enough for a car, and overlooking sheer drops down mountain slopes. 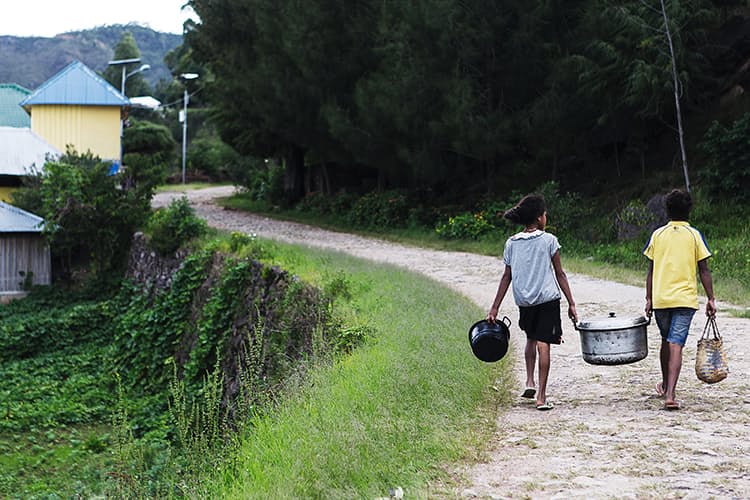 As with most underdeveloped nations, Timor-Leste attracts a steady stream of international aid. In the past year I have spent a few months there in service of one of these aid programs and a good amount of my free time exploring the island.

In the dusty streets of the capital, Dili, perched on the beaches of the northern coast of the island, I visited roadside fish mongers and chicken satay grillers; attended the massive Dili cock fight, which is as much a pastime as football; frequented the gleaming Timor Plaza shopping that center that has quickly become the town hub and home to a true sign of progress — a Burger King of all things; came across oddities like a pristine classic Mustang on a beach with no one nearby to explain how this piece of American history found its way there; and climbed the steps up to the Cristo Rei statue just east of town to admire the hilltop view of the sunset over Dili. 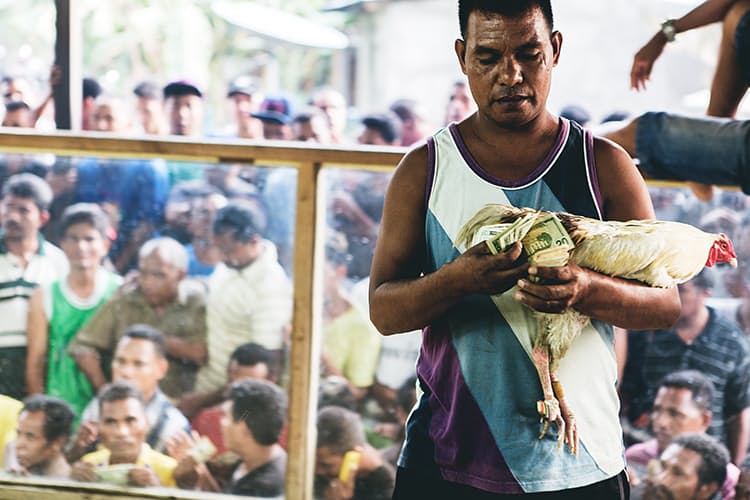 But Dili is an exception. Most of the island is sparsely populated, mountainous, lush, and often had me humming the Jurassic Park theme out loud. There is an untouched natural beauty to Timor-Leste that one would imagine when hearing the words “deserted island.”

Driving into the interior of the island absolutely requires four wheel drive and no small amount of nerves. Venturing away from Dili and the smaller neighboring towns means traversing roads that are little more than mud and rocks, often barely wide enough for a car, and overlooking sheer drops down mountain slopes. 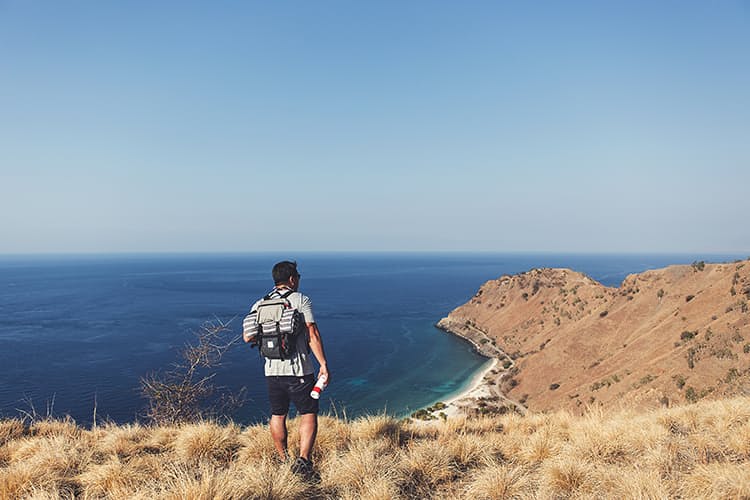 These treks are not without rewards though. Mount Ramelau, the highest mountain on the island at just under 10,000 ft, is a spectacular hike yielding panoramic views of Timor-Leste on clear days (though it takes 5 hours to drive the just 100km from Dili to the trailhead, thanks in no small part to the aforementioned “roads”).

Jaco Island is an uninhabited island just off the eastern tip of Timor-Leste that is as pristine a beach as you’ll ever find and likely the most isolated place I will have ever been. Fishermen will ferry you over the Kool-Aid blue waters, but won’t come on shore as Jaco is considered a sacred place. 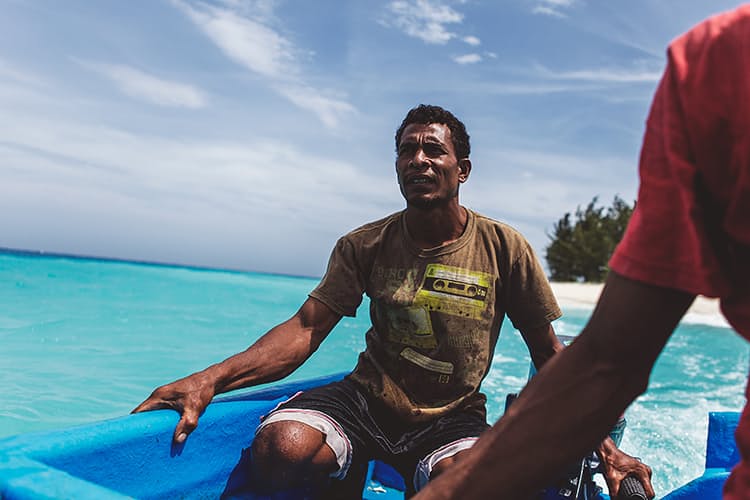 It’s easy to imagine a thriving ecotourism industry springing up in the future for Timor-Leste. The diving is considered among the best in the world. Prismatic reefs adorn the sea floor just meters from the shore in some places. Beaches, jungles, and mountains all lay within minutes of the airport.

But today Timor-Leste is a place that precious few people in the world have seen or even heard of. It’s a difficult place to be sure, but it’s also fascinating, majestic, tragic, and peaceful. If you can make it there, you’ll have stories to tell. [H] 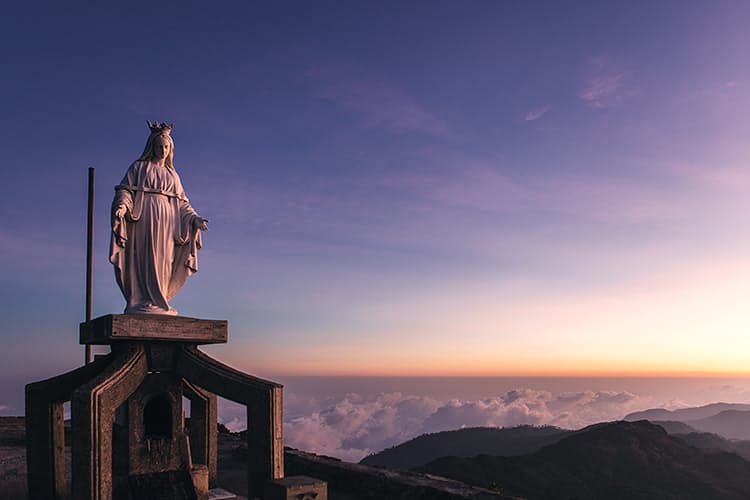 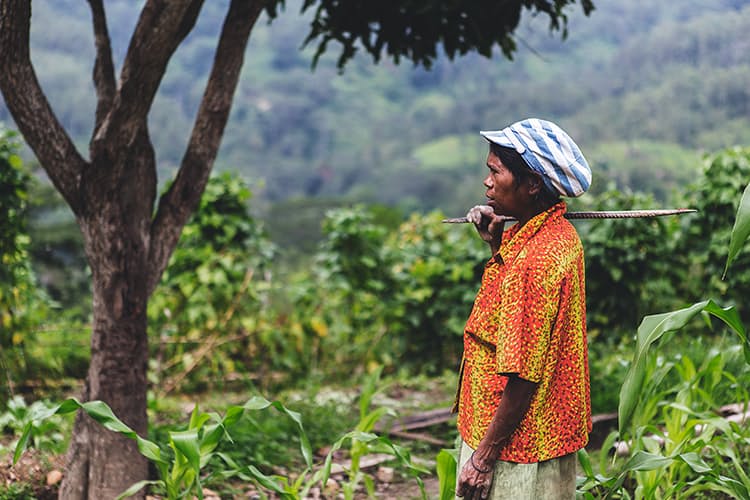 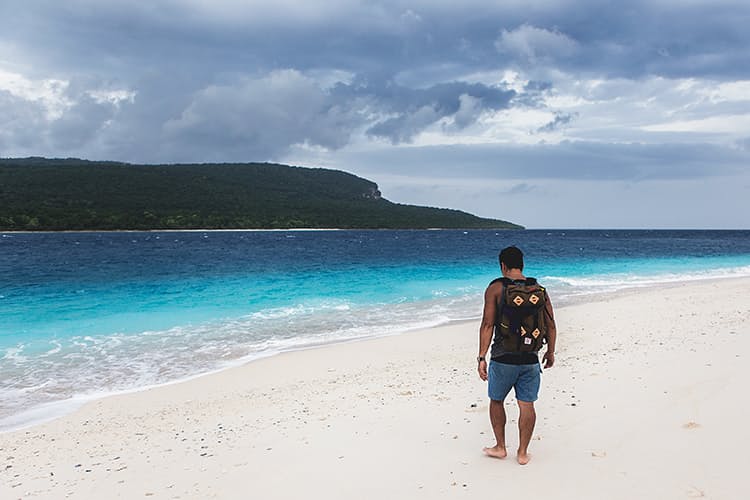 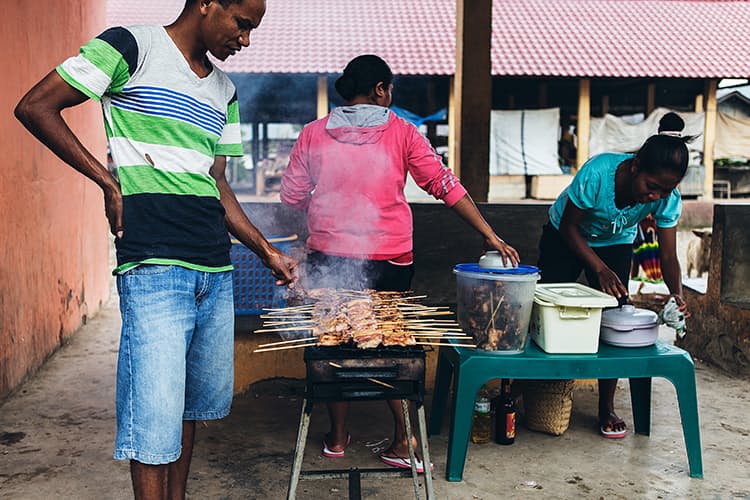 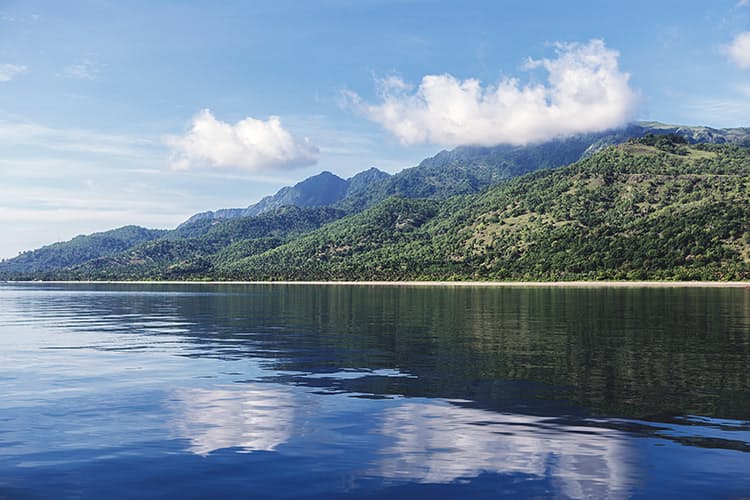 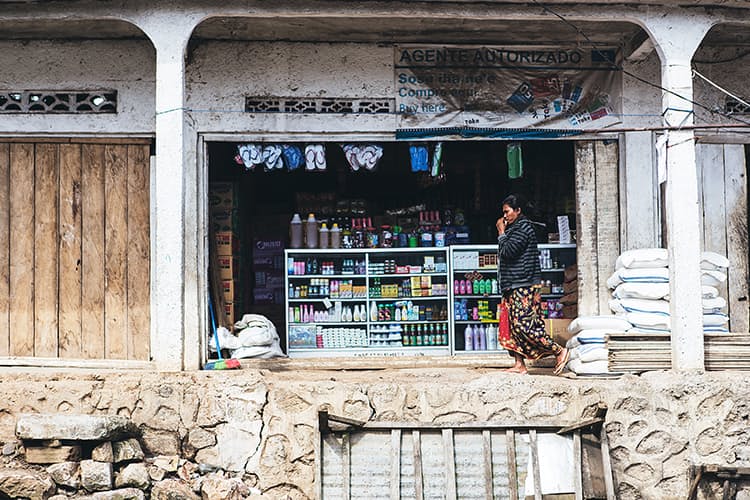 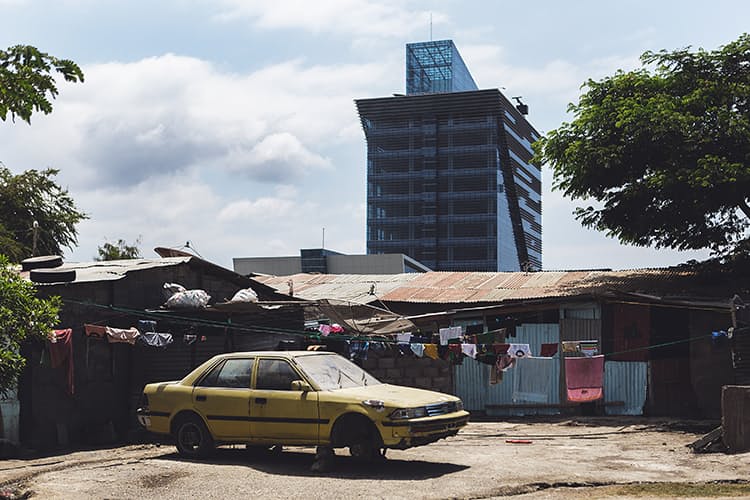 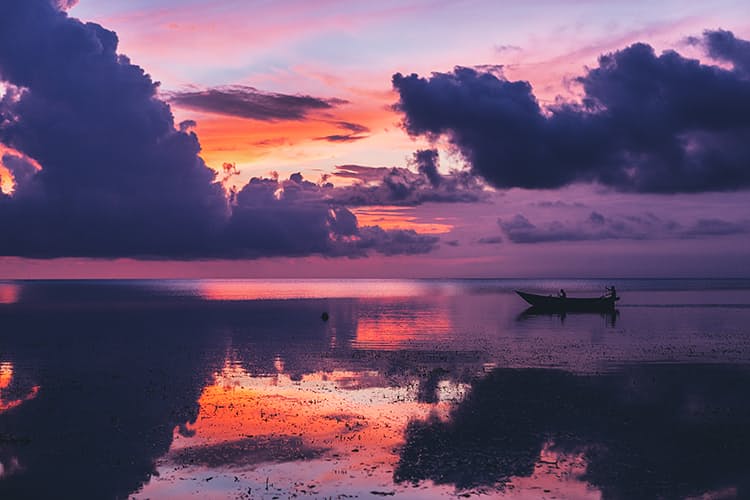 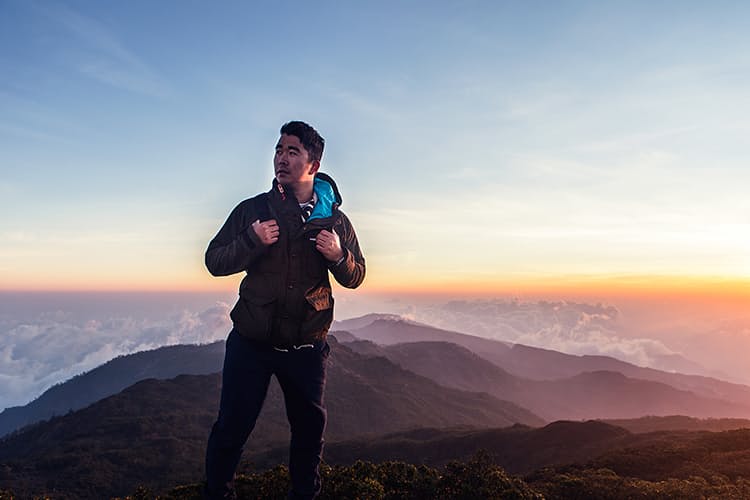