The expats behind Campo Brewing Co are ushering in a wave of hoppy craft beer in Playa Santana, Nicaragua

here are a few givens when you head to Central America. One, you’re going to be woken up by howler monkeys. Two, you'll be blissfully and constantly caked in salt water. And three, you'll have only one choice of beer when you head up to the bar, whichever brew your destination serves. 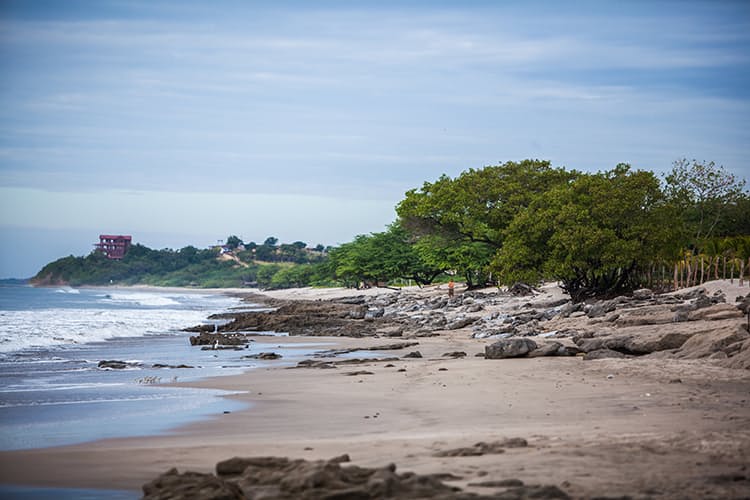 If you’re in Nicaragua, it’s Toña. If you’re in Costa Rica, it’s Imperial. And while paradox explains that choice can overwhelm us, you might want to have the option of ordering something a little punchier than the local cerveza.

Enter Campo Brewing Co in Nicaragua, one of the first companies pioneering the craft brew scene in the lower hemisphere. 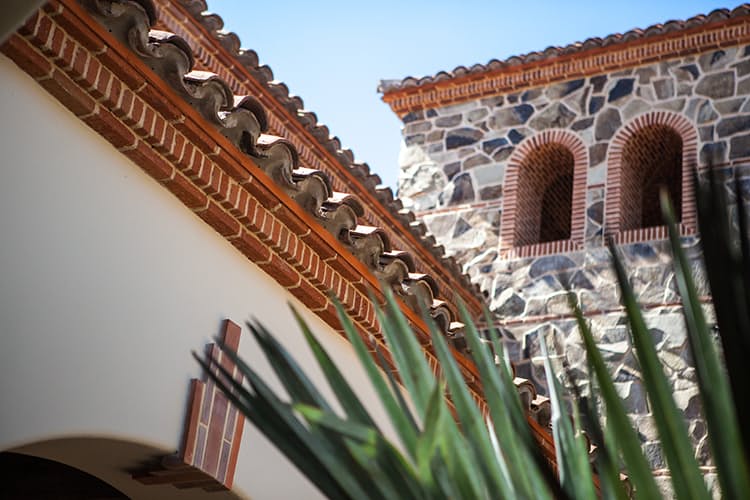 But even if they have the right ingredients, these guys prove it’s going to take a lot more than taste to get the beer movement up and running in the jungle. We caught up with founders Brad Judge and Chris Harrison to find out more about their artisanal ales and what it’s like to create a country’s first 'gateway' beer. 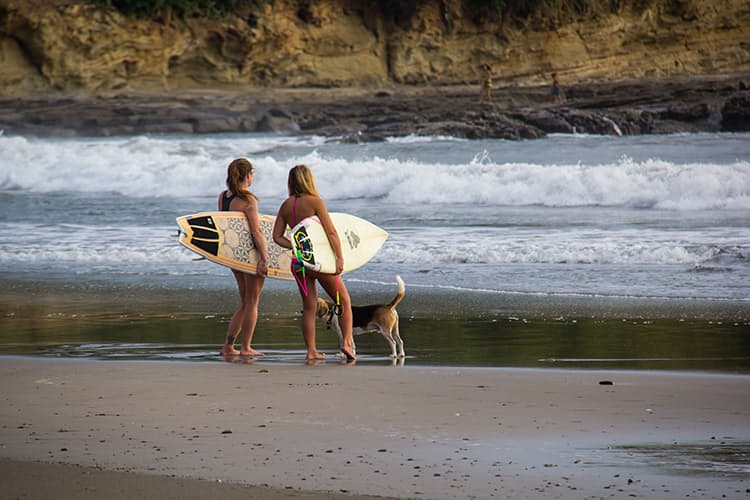 You’re both from the States. What drew you to Nicaragua?

Brad: The surf. The quality of waves in this region, along with the year-round offshore wind and warm weather. There is really no other place like it. We both had brewed back in the U.S. as a hobby and thought, "Why not make our own here?" 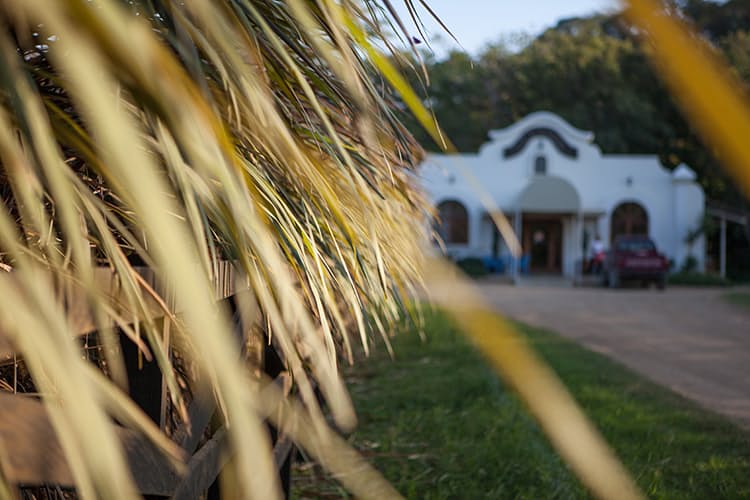 How would you describe the general beer scene in Central America, as opposed to that stateside?

C: The beer scene down here is just begging to germinate. Costa Rica is the main hub for microbrews at the moment. I spoke with a bar owner in Tamarindo recently, and he is getting ready to install a 12-tap draught system to accommodate craft beer. Travelers will be pleased to find a couple micros in El Salvador as well.

Up until recently, there were only two national lagers to choose from along with a few imports here in Nicaragua. But we’re catching on to the trend, and there are currently about five breweries up and running. We are all working together and supporting each other to grow the micro scene here. 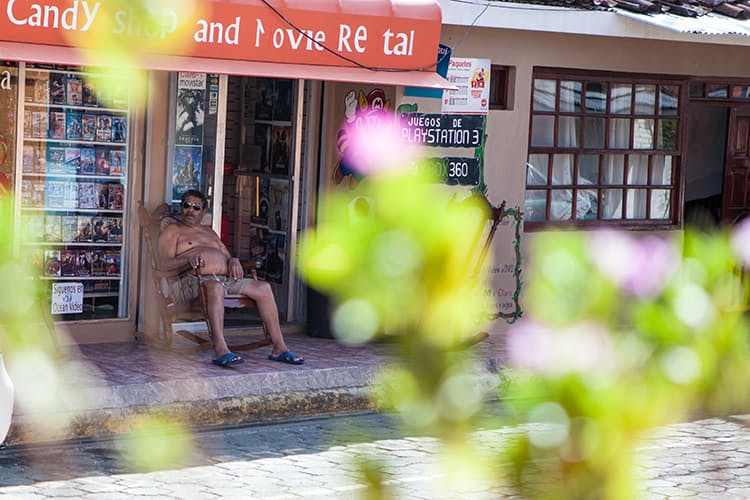 Tell us about the process. Where does the magic happen? Who does what?

B: It’s definitely a combined effort. We brew the beer on Chris’ back porch. We have slowly grown from 5-gallon batches to producing 30 gallons each brew session, and we are hoping to expand the operation tenfold to a ten-barrel system. The whole thing takes three weeks or so, and after that, the brews get packed up and shipped out to a classy establishment near you — if you happen to be in Nicaragua. 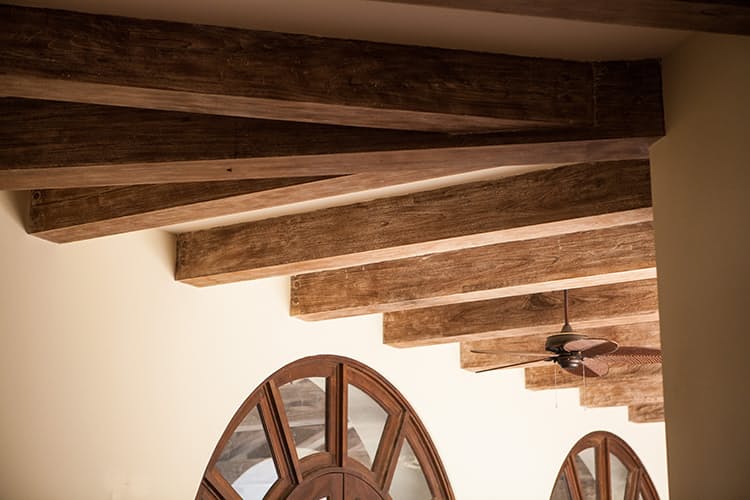 How would you describe Campo beer? What styles have you made so far, and what are your plans for the future?

B: We primarily brew American style ales, from hop-forward IPAs to malt-forward stouts. We are always experimenting with various malts hops and yeasts from around the world. Our most popular beer is the Campo Pale Ale. It has a nice upfront tropical, citrus hop flavor balanced with a light malt backbone, complete with 5.4% ABV. An easy drinking, flavorful, anytime beer — perfect for a post-surf refreshment.

We will soon be adding a Summer Wheat to the lineup, and we’d like to get into a yearly reserve series by barrel aging the brew in Flor de Caña rum barrels. 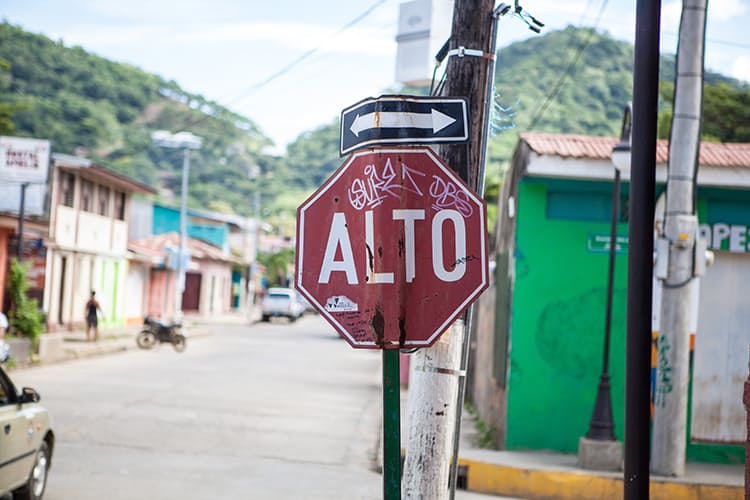 You guys are currently pouring pints at Rancho Santana, a resort destination. How do you plan on marketing and selling Campo Beer to the general public?

C: You can catch the sound of our beers being cracked at Rancho Santana along with several other businesses in the region. At the moment, we are only distributing in bottles, but we will be offering draft beer in select locations very soon. We plan to focus on tourist hot spots and provide beer to restaurants and bars that already have a craft-conscious clientele. For the time being, we are relying on the quality of our product to sell itself.

Once we expand our brewing system, we will focus heavily marketing though social media platforms [Ed. check out their Instagram and Untappd]. Along with a few other craft breweries from Nicaragua, we plan to throw the first annual Brewfest. The date isn't set in stone, but it's looking like June or July. 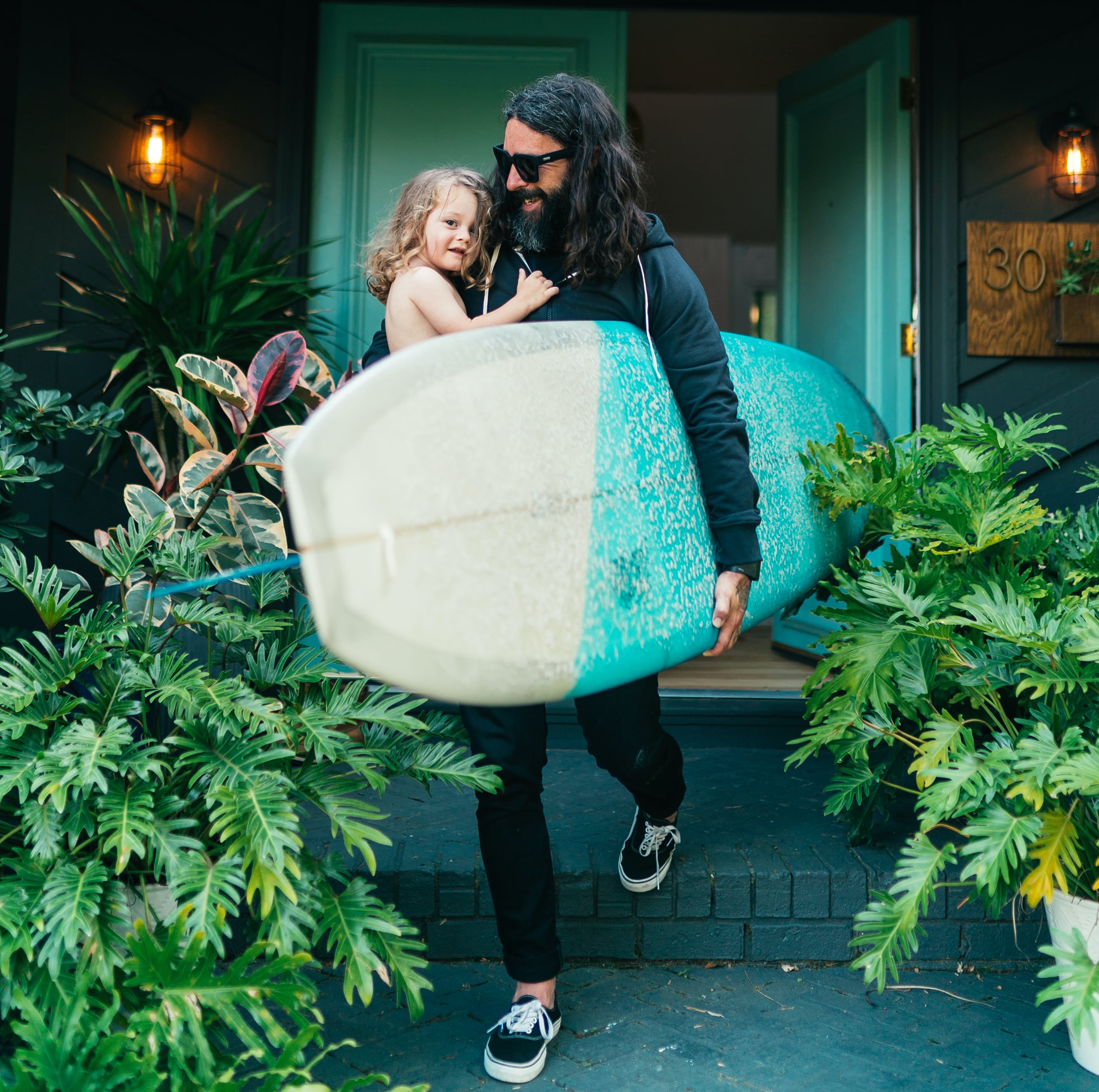 What are some of the challenges of marketing to a public that likes Toña?

C: It is actually easier than it would seem, because the people here are ready for something new. We hope to slowly change the Toña taste buds into Campo-loving, craft brew appreciating taste buds. By offering a medium to light-hopped pale ale, we are hoping to ease people into the idea of hop-forward brews. Let’s call it a gateway beer. 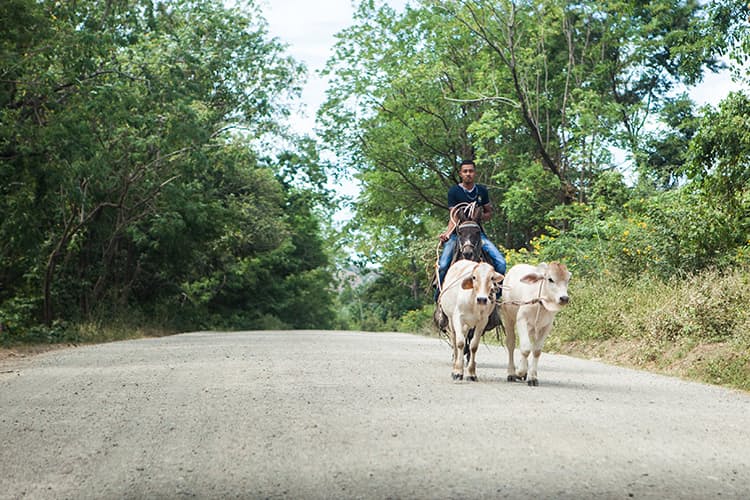 How would you describe Toña?

C: All and all, Toña is a tasty, affordable lager. It goes down smooth after a surf session or a day in the sun. The flavor is comparable to Coor’s Light, very light in flavor and easy to drink. At a buck a pop, it’s the everyman’s beer down here. 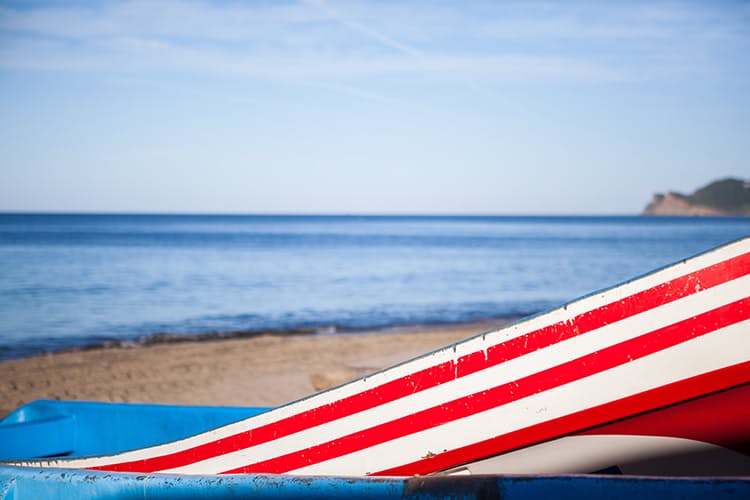 If you were doing the same project back home, would it be easier?

C: I think actually building and running the business would be more difficult at home. Plus, it would be much more difficult to compete with the number of breweries that are popping up daily.

But that being said, having access to ingredients and equipment in Nicaragua would be awesome. There are no brewing supply shops down the dirt road here, and the closest city is about an hour's drive away. 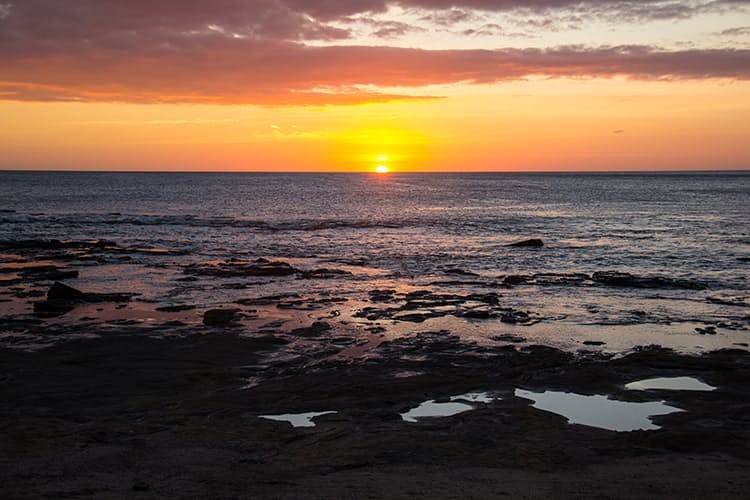 Do you have any start-up horror stories?

B: The latest was a beer that literally exploded out of the fermenter. Yeast eat sugar, reproduce, and then produce​ a lot of C02 as a byproduct. The CO2 is released through a one-way airlock which only allows air out to keep wild yeast from ruining a batch.

It must have become clogged at some point during the night, and the yeast had quit the party. We found beer, hops, and yeast all over the room — including the ceiling. It made for quite the cleanup! 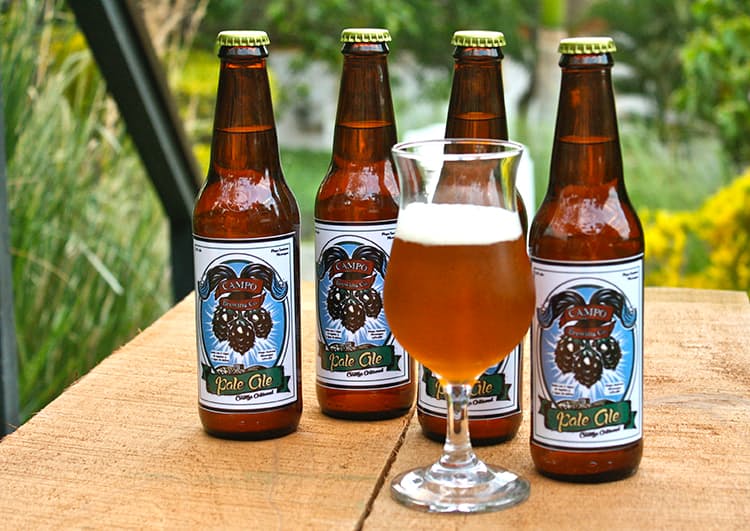 Do you think this is the beginning of a beer movement in Central America?

C: The movement has begun. We're just joining the stream, and paddling like hell to catch up. [H]

Whitney does marketing at Outside GO, loves donuts, and is a total endorphin junkie based in Boulder, CO.
Follow along with her on Instagram.