A group of friends, a bear-infested Russian peninsula, and a set of hidden waves. 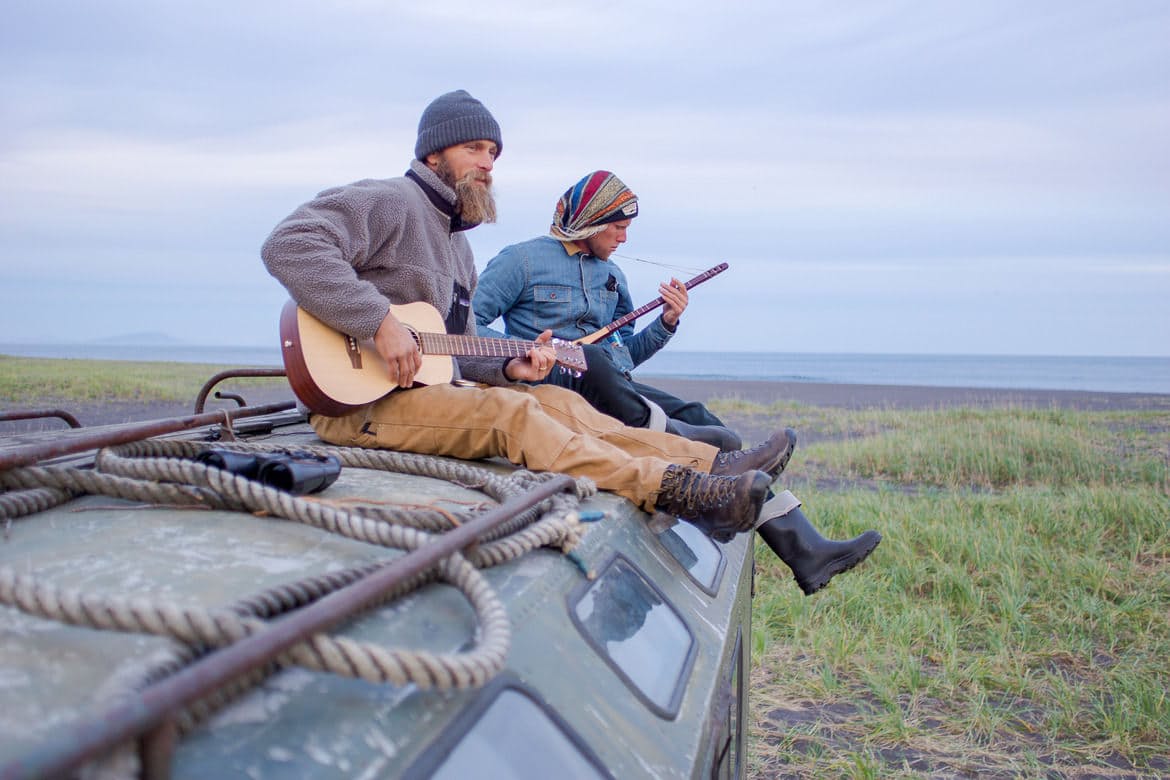 Shop Chris' favorite gear in our Have Camera, Will Travel Shop — which includes everything you need to step behind the lens, step outside your comfort zone, and get off the grid and into parts unknown.

Here’s the equation: seven friends, a full quiver of surf boards, one “roaming bomb shelter” of a truck, and a formerly-military occupied, bear-infested Russian peninsula. Do the math.

The sum’s a hell of a lot of adventure, a novel worth of stories (like the one about the guy in a Speedo shooting a handgun on the beach), and a gallery of great photographs and video. 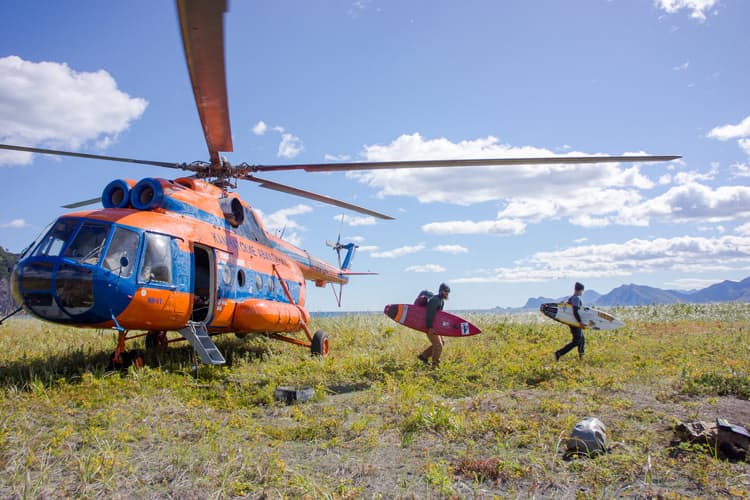 Chris Burkard, a Surfer staff photographer, captured the whole scene and with the video and writing prowess of Ben Weiland the two friends put together a Zine and a documentary. The images correlate to the text, and it’s a visual and anecdotal guide to the surfing Russia.

We’ve collected some top moments of the trip below, but we recommend going full immersion. With Burkard and Weiland as your guide, it’s fully worth the trip. Here’s Weiland's account: 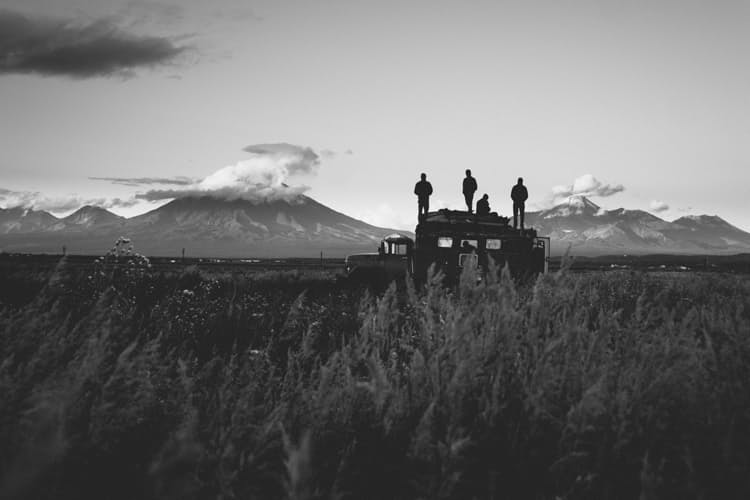 The Kamchatka Peninsula is part of Russia’s Far East. The region is a neighbor to Siberia—but more remote, with worse weather, and with more bears. It straddles a crack in the earth’s surface called the Ring of Fire and houses the planet’s largest collection of active volcanoes. Here, all sorts of pressurized, hot, foul-smelling stuff creeps to the surface from the depths of the earth. Monstrous purple cones preside over the landscape. Glaciers robe their flanks and smoke steams from their crowns. 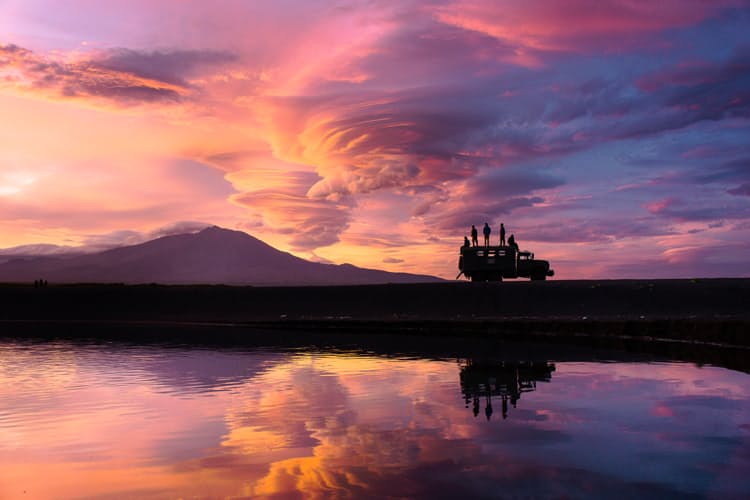 Russia’s military permeated the entire region—politically, economically, and culturally. Twenty years ago Kamchatka was restricted to all outsiders—even Russian civilians. The Soviets had built a top-secret submarine base in a deep blue glassy bay tucked between steaming mountains. To navigate the peninsula’s twisted terrain, soldiers drove armored 6-wheel trucks.

Yet despite all its prehistoric geology, we found the peninsula to be a camping utopia. 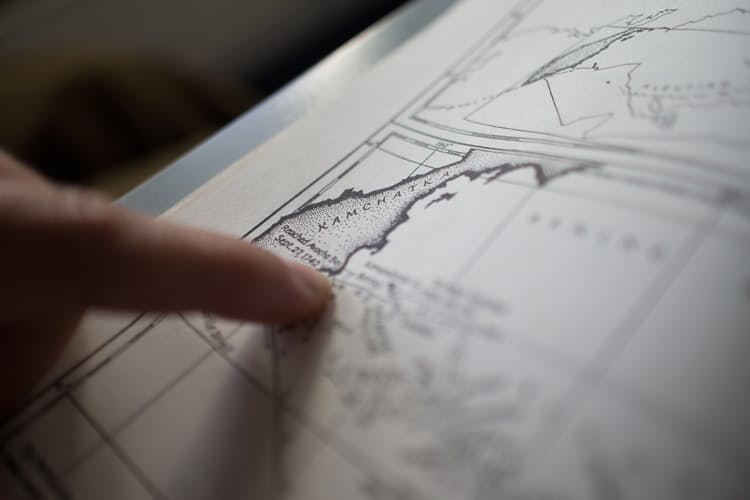 . . . Dane [Gudauskas] set up his tent, then found a rotting tree stump in the middle of the camp site. He grabbed a hatchet from the truck and chopped the wood it into kindling. Trevor [Gordon] stacked them into a teepee and together they constructed a fire just as the sun went down and the air became chill.

The land also provided fish. Rivers teemed with salmon. At times we didn’t even need fly-rods. So many salmon squeezed in at the river mouth that a small wave would wash a few of them up onto the banks—we used our hands to grab them. 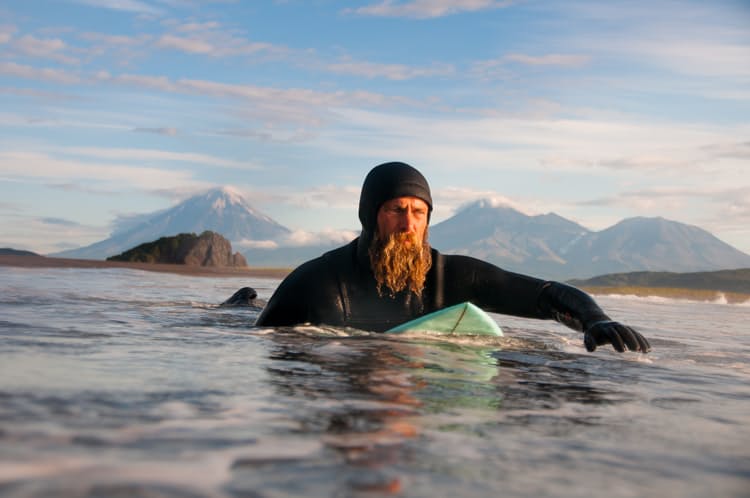 We weren’t the only ones who enjoyed fishing. On our way back from the coast we stopped at a river. All along the gravel banks, a trail of traction-pad sized footprints marked a recent bear patrol. But bears were always a few steps ahead. They left footprints still wet, scat still warm, and holes in the forest with leaves still trembling. They were never seen but ever present.

. . . [Our guide] led us to a place where the sand jutted out to sea. At first the surf looked flat, but every so often an overhead wedge formed over a sand shelf that looked like the contour of a slab. The wave sucked out and folded over it, almost as thick as it was tall. 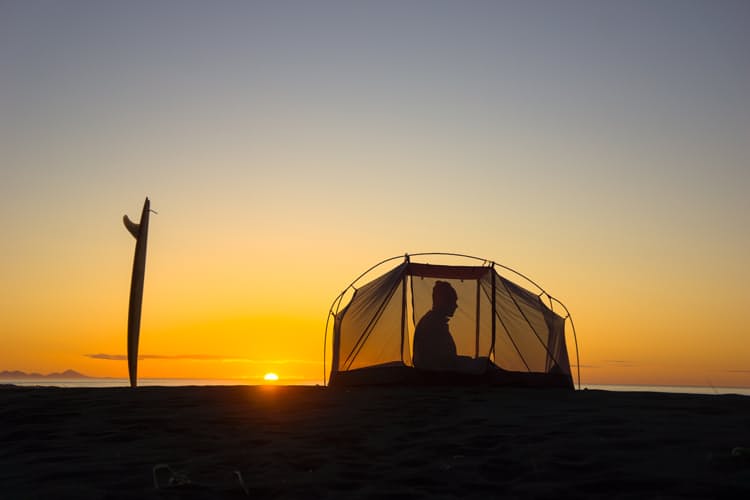 Dane fought his way to the peak. He found a set wave and sped through a series of bottom turns and top turns, snapping tight arcs and sending spray far into the air. Trevor dropped into the next one and traveled through a racing barrel section, finishing the wave with a wrapping roundhouse.

Further down the beach, Keith [Malloy] pulled into a hollow wall backside and launched off the inside section. Cyrus [Sutton] waited outside for the next wave. He paddled in early and drew a speed line across the face on his asymmetrical board. He grabbed rail and pulled in. At the very end the barrel pinched. He bailed his board and body surfed the rest of the wave onto the sand. 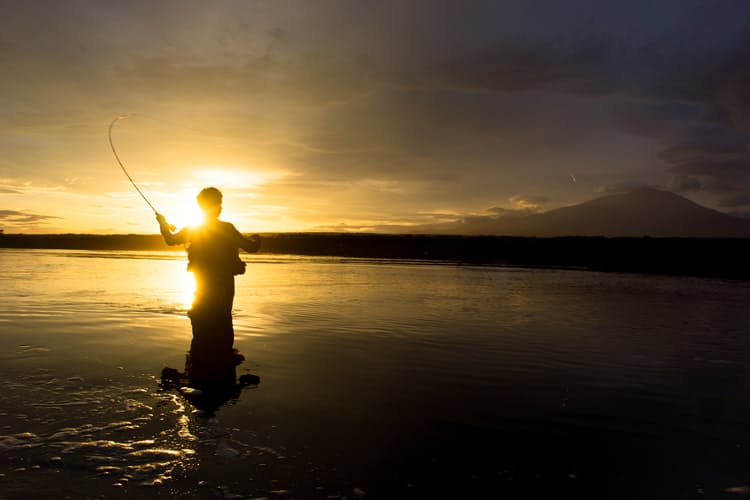 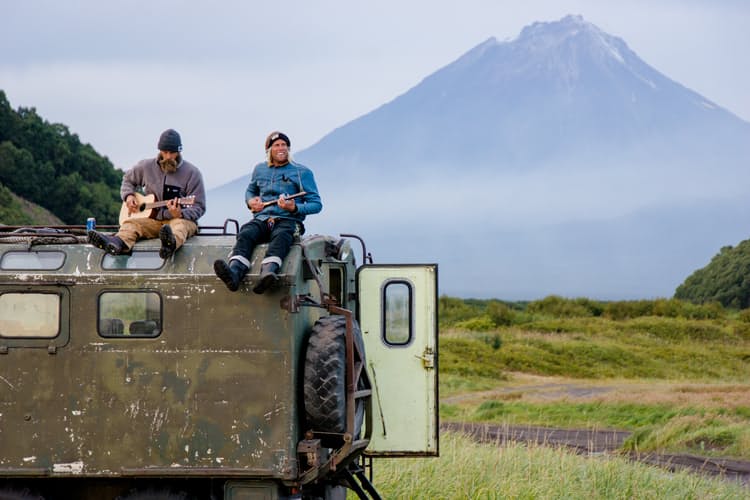 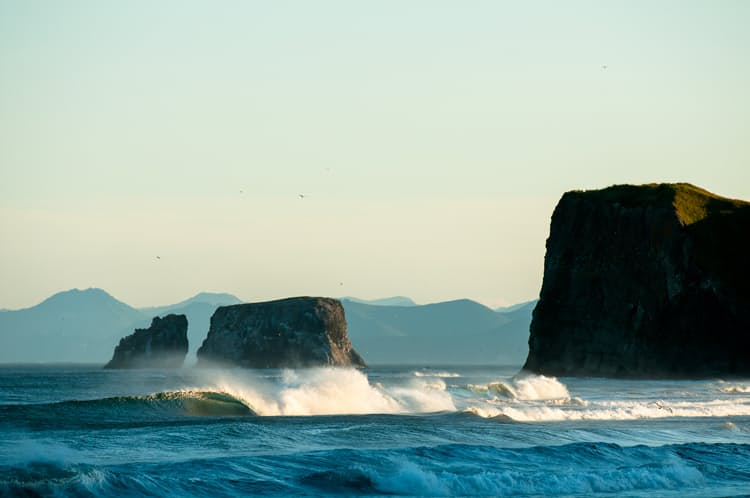 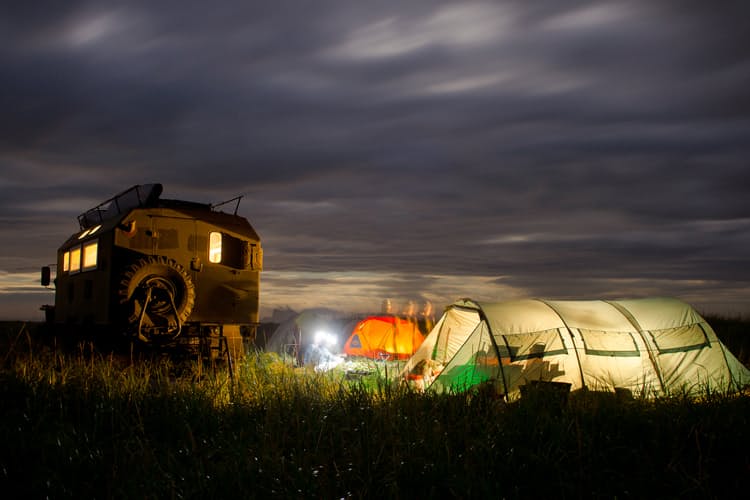 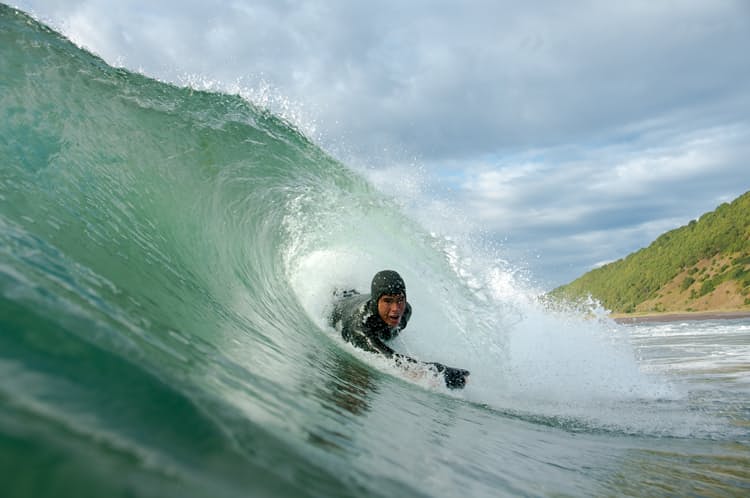 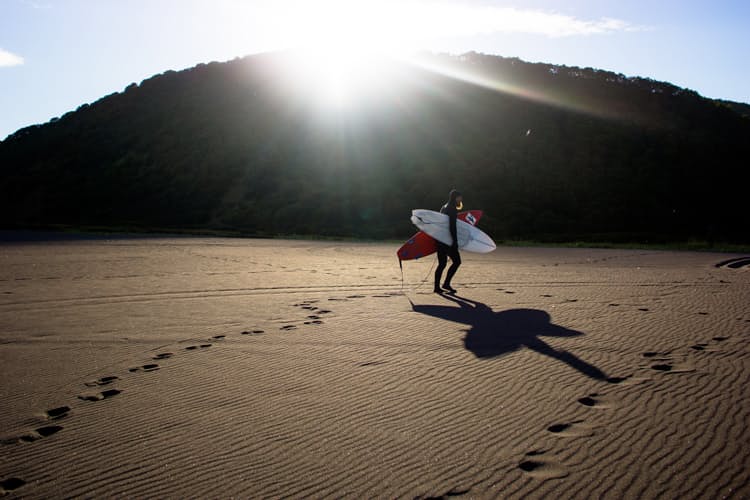 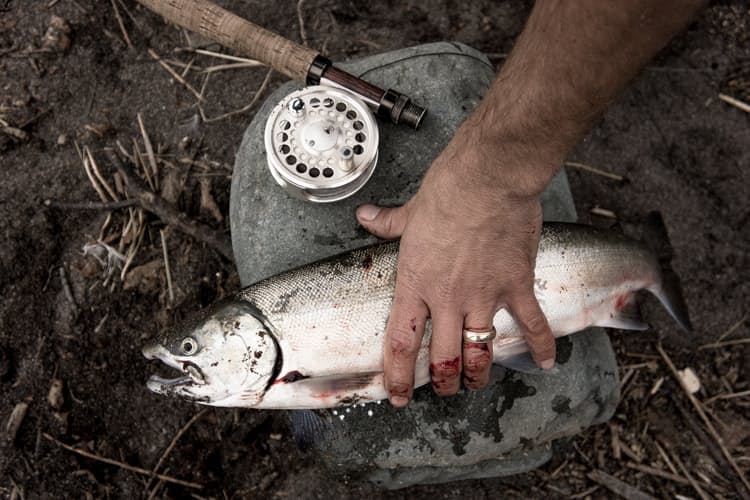 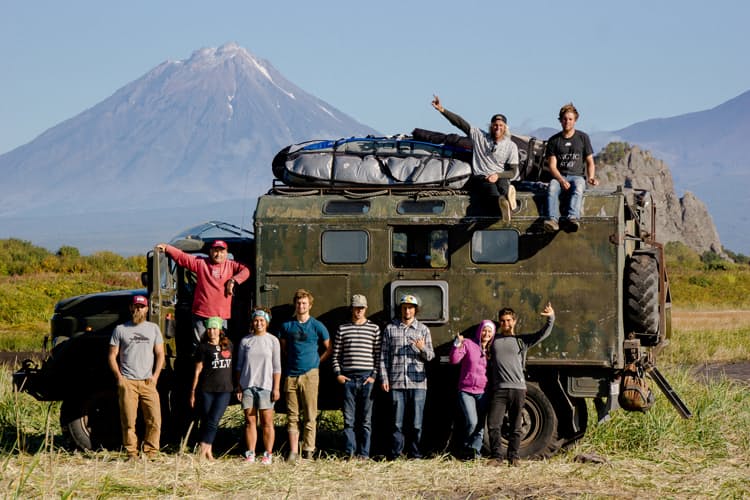 To see the rest of the journey, visit Arctic Surf.

And for more on the guys, see our posts on Cyrus Sutton and Foster Huntington.