The One Thing You Can't Miss: Boston, MA

If you manage not to get snowed in, here are our favorite spots to hit up in Boston this winter (not to mention spring, summer, and fall)

When in Boston, you'll most likely find yourself in Mike’s Pastry, an iconic Italian bakery in Boston’s North End and a quintessential puzzle piece of the city’s tradition. The line usually snakes down Hanover Street, visitors shoulder against the crowd to get to the glow of the bakery cases laden with cannolis, and if you don’t have your order ready to deliver in short form (and to the point) you’re scorned by the staunch pastry slingers behind the counter. This experience is fast, a little raw, a little rough around the edges — it exemplifies our town, a place that’s fiercely prideful, protective of tradition, and increasingly dynamic as it strikes a balance between the old and the new.

Despite newer development, as evident in the rise of the Seaport District (once underwater and a thriving shipping hub) and neighborhoods like Fort Point (where a fort once guarded the city), you’ll still find rows of Victorian-era brownstones in the Back Bay, plus the cobbled streets of Beacon Hill, where it’s still easy for one to imagine Paul Revere astride his trusty steed. Boston is an emerging axis for entrepreneurs, a hub for coveted brands like New Balance and Converse, and a crossroads of culture and education (aka, smaht people.) As many cities in the U.S. are seeing a shift in identity and a push into modernity, Boston manages to stay set in its inherent sense of place: a city where everything changes and nothing changes at all.

Whether you’re out to find that steadfast New England spirit, early American nostalgia, or the new kids on the block (speaking of, the boy band of that moniker hails from here), Boston has a full lineup of breweries, restaurants, and districts that are prime for adventure in any season.

Editors Note: "Any season," however, is not for the faint of heart. We wish all of those currently in Beantown the best of luck with the 2016 snowpocalypse. And may we suggest picking up a few extra of the aforementioned cannoli for the weekend?

If you find yourself by the banks of the River Charles, here’s a collection of some of our favorite spots (plus some trusty tips and tricks) broken down for six types of gentlemen.

Glerups
The Slip On

Let’s be honest here, no city crawl would be complete without a caffeine kickoff. Get your buzz on at Newbury Street’s bustling Pavement Coffeehouse, or cozy neighborhood spot Render Coffee, both named two of the country’s best coffee shops according to insiders over at The Daily Meal.

Head over to Puritan & Company in Cambridge for brunch, and while you’re at it, soak up the intellectual vibes and peruse the work of wordsmiths at the Harvard Book Store. Looking for the best pizza, but want the inside scoop? Santarpio’s in East Boston is your best bet; you can kick back with a beer post-pizza coma at Biddy Early’s, a local divey gem.

A trip to Beantown wouldn’t be complete without ocean fare, so we suggest The No Name in South Boston for seafood on the cheap, or Yume Wo Katare (authentic ramen, plus you have to announce your dreams to the whole restaurant.) Tasty Burger is the place for snacks before heading to Great Scott or The Sinclair for live music.

Don’t align Boston with Bohemians? Think again — in 1968, hundreds of earth-lovers set up shop in the Boston Common, pitching tent cities and mini-farms throughout its 50 acres in the warmer months.

Pay homage to dissidents of yore with some power vinyasa at Karma Yoga, then fuel up at Life Alive where you can nosh on grain bowls and macrobiotic delicacies served up with love. The Hempest — a one-of-a-kind outlet for all things hemp and beyond — is a one-stop shop for handmade, ethically-sourced goods and clothing... plus glassware and, ahem, smoking accessories.

Now about that (reinvigorated) appetite: choose from the bounty of 38 vendors at Boston Public Market, where you can shop local farmers and producers and whip up your own meal from scratch.

If you’re looking to seize the day, there are myriad ways to take advantage of the glorious New England landscape. You can rent a vessel at Charles River Canoe and Kayak, traversing through dense woods and right through the heart of the city. If running is more your speed,  start the day with a round of laps around Harvard’s McCurdy Outdoor Track. (Go Crimson, am I right?)

With access to a car — or a boat, if you’re lucky — you can camp on the Boston Harbor Islands in the warmer months or visit Castle Island, a 22-acre outdoor mecca accessible by bike or foot. Need a refuel? Warren Tavern pays homage to the groggists of early Boston with its colonial charm, and the Seaport District boasts a full lineup of harborside bars and restaurants perfect for catching the sunset.

Boston is nicknamed America’s Walking City, but it also makes for a top-notch running course. Pick your desired locale — like the Esplanade, a seven-mile loop around the Charles River — and leave the more crowded city streets in the dust. (Bonus? These paths stay well-plowed even in the depths of winter.)

Outside the city, neighboring hills and state parks challenge long-distance, cross country, and trail runners alike. Try the nearby Battle Road Trail, a lush path in the Minute Man National Historic Park that was once trodden by British soldiers on their way from Boston to Concord. The Freedom Trail, a short, two-and-a-half mile jaunt offers a brush-up on American history and passes through 16 historic sites that played a role in the American Revolution (and helped shape our fine nation.)

And now that you’ve earned a few beers, the Tip Tap Room in Beacon Hill is your destination for dozens of handpicked suds and hearty plates to go with them — or get shucking at over at beer geek and shellfish haven Row 34.

You either like sports or you don’t, but when you’re in the Cradle of Liberty, hopping on the New England bandwagon is non-negotiable — even if you’re just there to witness the camaraderie, and often, the complete mayhem. Sports fanship is lifeblood, and luckily for you (depending on how you see it) you can catch a Boston team in action any season you happen to be there.

After you catch a game — or watch one at an Irish pub like Emmet’s — get your hands on a lobster roll at Pauli’s followed by a cigar at Stanza Dei Sigari in the North End. Pick up some sharp duds at Frank & Oak, then it’s all about beer: organize your own brewery crawl and hit classic standbys like Sam Adams and Harpoon, plus micro-gems like Cambridge Brewing Co. and Trillium Brewing Co. Rinse and repeat.

There’s no shortage of Lady and the Tramp moments here; a simple stroll in Public Garden would seal the deal for me, and that’s before the iconic food stops you’ll make. First up, take a walk through the North End past the glow of quaint corner cafes and trattorias and head to Mike’s Pastry or Modern Pastry: take your pick here, the two shops are separated by a block and tend to have divided factions of loyalists (although I’m a Mike’s girl through and through). Order a pre-dinner cannoli for full appreciation, and take it all in on a park bench in North Square Park or the Paul Revere Mall.

Panza serves up homemade Italian classics in a candlelit dining room where you can watch the bustle of Hanover Street and sip on glasses of chianti; some say Neptune Oyster has the best lobster roll in town (hot with butter, not cold with mayo) if you’re springing for the real deal. Looking for an activity to round out the evening? Take your lady bowling or get your karaoke on at Kings. [H] 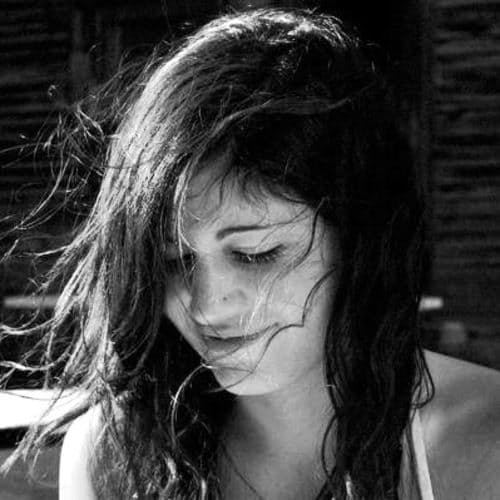 Sam Alviani is a freelance writer and editor at Fellow Magazine. Her list of favorite things rambles on, but includes grilled cheese sandwiches, Stevie Nicks, New Orleans, and her Blue Heeler pup, Lucinda.

An Explorer's Guide to Jasper, ...