Whether you’re chopping wood or headed to the bar, these hardwearing work boots are ready for anything

If you come into Huckberry HQ, odds are you’ll see at least a dozen pairs of work boots laced up on any given day. We love this style, not only for its function but for what they say about us as individuals. After the sometimes painstaking process of breaking ‘em in, we wear the patina with pride, showing those around us that we have passed the test and done the work. We love putting our work boots to the test, whether it’s fishing the shores of the nearest river, chopping firewood for winter weekends spent in the Sierras, or fixing up our motorcycle in the garage. The thing is, we don’t want to stop there. We love pairing these boots with our nicest denim for a night out just as much as we like throwing ‘em on with a beat-up pair of work jeans. Read on for some of the best work boots for men.

At this point, Red Wing doesn’t really need an introduction. If you’ve had your finger anywhere near the pulse of men’s boot culture, you’ll know that Iron Rangers are a staple piece in our wardrobe for both work and play. Originally made for gold rush miners in the 1800s, these iconic men’s work boots are built with leather from S.B. Foot Tanning and a Goodyear-welted Vibram sole—fit to take a beating and last a lifetime. Red Wing’s master craftsmen in Minnesota put so much care into the construction, the Iron Ranger is a boot you really only need to buy once. Once broken in, no pair is the same, and that lived-in feeling only gets better with time. (If you’ve yet to pull the trigger on your first pair of Red Wings, our friend Brad Spychalski’s reflection on his purchase 10 years later might just convince you.) 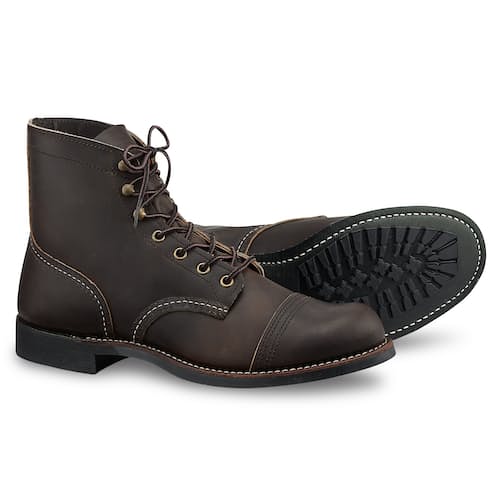 Truman Boot Co. started with the founder, Vince Romano, and his vision to bring American-made quality back to a world that had settled for disposability. His vision quickly gained traction among thoughtful consumers, and Truman Boot Co. quickly grew out of their original horse barn workshop in rural Pennsylvania. After heading west a few years back, each pair of handsome men’s work boots is still handmade in their Oregon workshop. These rugged boots are made from premium leather hides sourced from Charles F. Stead tannery in Leeds, UK, finished with polished brass hardware, and built with a resoleable 270 Storm Goodyear welt—so yeah, pretty self-explanatory as to why we needed these beauties in two exclusive colorways.

It’s time we give Danner another large, well-earned hat tip—they added another boot, the Pub Garden, to their collection as a true jack-of-all-trades. Constructed of a sleek and hardy waterproof leather upper and detailed with clean lines and a minimalist design, the Pub Garden is just as durable as it is stylish. It’s a work boot ready to tackle everything in sight—from the home gardening project to the local watering hole, this handsome beast is built for versatile performance at every turn.

Last year, Mark Albert boots sold out in what seemed like minutes—so fast even some Huckberry employees were left waiting for a restock notification. This year, we have an exclusive collab with Mark Albert—a damn good looking hydrophobic boot made from roughout leather and finished off with a Goodyear welt to a leather sole that is easily replaced once you’ve worn them down. Each pair of boots are handmade in Somerset, Pennsylvania, USA, by one of the company’s 54 employees, so you know you’re making a real investment in a small American company when you slide these on. Get ‘em quick—we know from experience that these won’t stay on the shelves long.

Any self-respecting Texan will tell you that a pair of work boots is as important as high school football. That being said, for the Austin-based folks at Helm Boots, putting in countless hours designing innovative, supreme-quality men’s work boots, is far more important than the Friday night lights. Every inch of their classic Hollis Boot showcases the attention to detail and thoughtful construction that harks Helm Boots as a trail-blazing brand in men’s footwear. This heralded quality and handsome design never waver, and it’ll continue to be top-tier years after you first take ‘em out of the box. 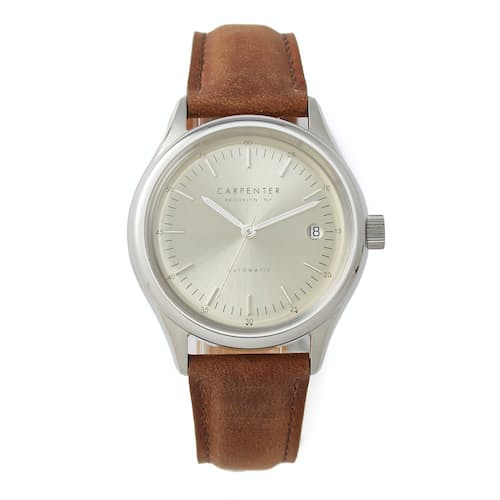 Based on the original 1914 design, the Original 1000 Mile Boot is the cornerstone of Wolverine’s lineup. Made with a Horween leather upper, a leather, Goodyear-welted sole, and Vibram heel, these men’s work boots are going to take you 1,000 miles at the very least. Meticulously crafted by hand, Wolverine has a winner when it comes to the Original 1000 Mile Boot, and you would know it by the multitude of pairs being worn around Huckberry HQ year-round.

With their roots in shoeing loggers and soldiers in the 1800s, White’s knows a thing or two about hard work and reliability. Based on American infantry boots from WWII and updated with a sleek one-piece backstay, this stylish men’s work boot boasts the durability and longevity of its heavily armored namesake with the chiseled jaw and cap-toe of a high-end street boot, for a combination of old-world quality and new-world swagger unavailable anywhere else on the market. 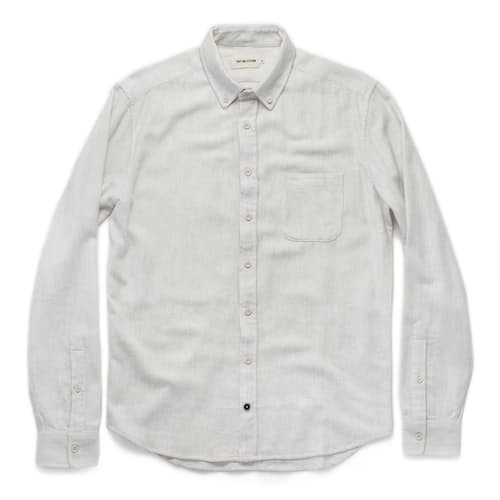 When someone says Danner and work boot in the same sentence, we listen. If you shut your eyes and think of what a men’s work boot should be, the Bull Run is what you would see. With a classic wedge outsole and a lightweight unlined leather upper, these will keep your dogs quiet all day, from the worksite in the morning to the bar in the evening.

For a boot with a different look but similar pedigree as the Bull Run, head straight for the Red Wing 6” Moc. Ubiquitous in the boot world, the Red Wing Moc boot is a buy-once type of purchase. With proper care, these work boots will be passed down from generation to generation—we know from experience. These wear in, don't break down, and only look better with time. You know that guy whose boots you’ve been eyeing? These are those boots.