A Camp for "Grown Ups"

Camp Wandawega stokes up the nostalgia and offers camp for the big kids. 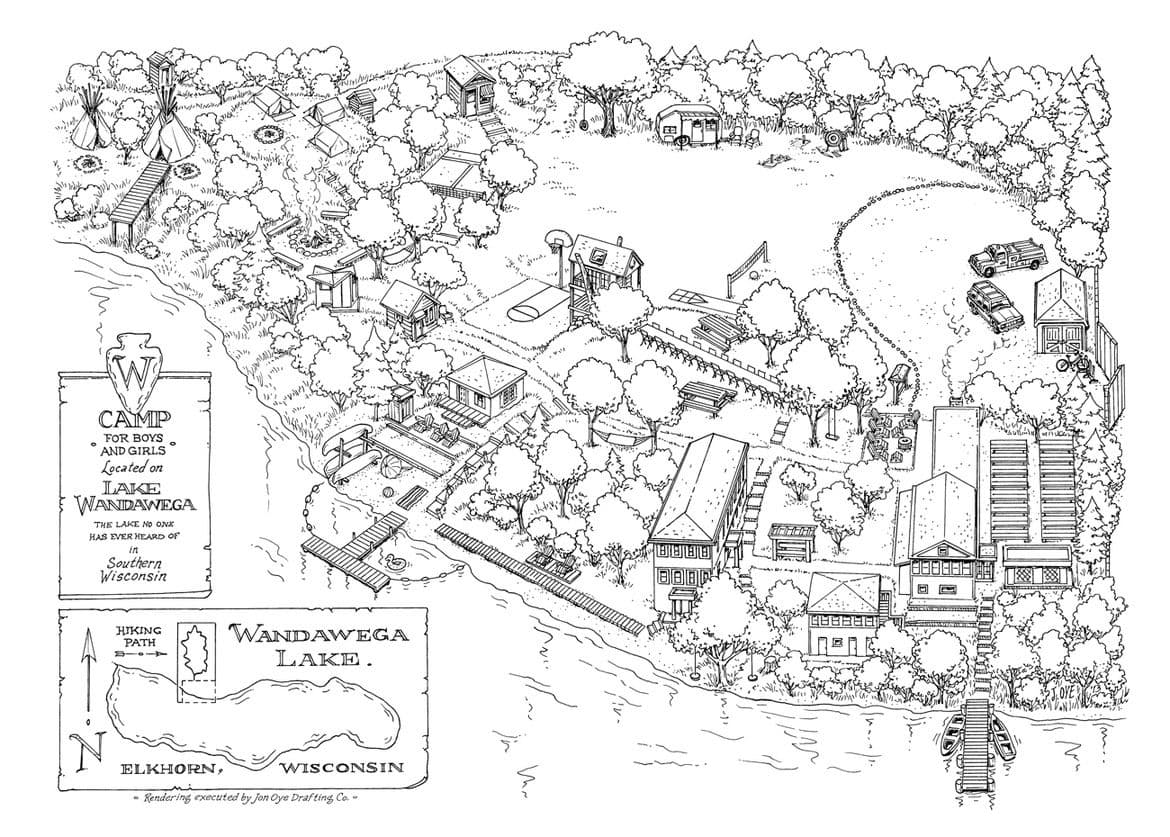 The shores of Lake Wandawega are spotted with blue heron and nesting turtles. There’s a hundred year old cottonwood tree, whose branches arc over the quiet waters. Tied to a high but sturdy branch is a rope swing, and when you show up at camp, that swing will be the first thing you grab.

“Some people are scared at first,” Tereasa Surratt, the co-owner of Camp told us, “and then they get a couple beers in them and they’re good.” The rope swing throws you out into the middle of the lake, you swim back, grab another cold one, and the rite of passage is complete. Welcome to Camp Wandawega, the camp on a lake “no one has heard of,” but everyone wants to go. 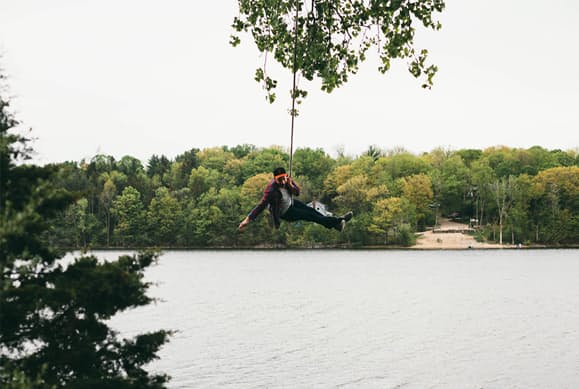 Tereasa and her husband, David A. Hernandez own and operate Wandawega. They bought it a few years back from the Catholic Latvian Church, who’d bought the camp from the Andrzejewski family from Chicago, who bought it after Anna Beckford Peck was sent away to Taycheedah, the womens’ prison near Fon du Lac. She’d been running the property for a dozen or so years as “a bawdy house of ill fame.”

Ground first broke at Wandawega in 1925, as Chicagoans who liked a nip of the good stuff constructed a quiet, speakeasy place a short drive away (it’s about two hours north of the city). The lodge has a trap door behind the bar, and pints of whiskey were once stored in the upright baby grand.

The Feds raided the place in 1931, locked it up with a “Prohibition Padlock,” which only deferred, not deterred, Peck from operating her tavern full of “ladies of the night, gambling and bootleg liquor.” 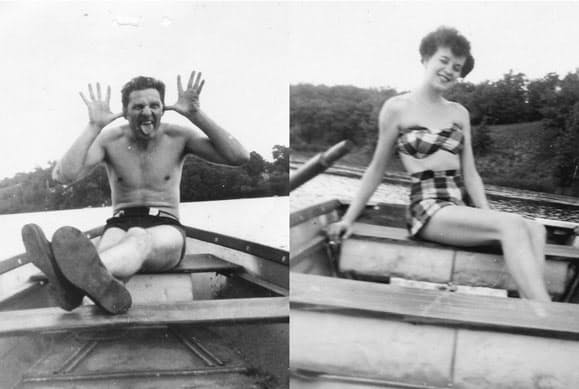 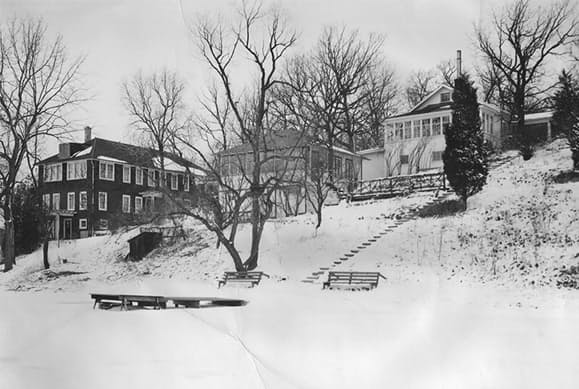 During WWII, Reverend Boleslavs Baginskis of The Latvian Marian Fathers ran the place while his Europe-evicted priests waited out the war. They opened up an informal kids camp in the 70s, and that’s where the now-owner, Hernandez, was first introduced to Lake Wandawega’s friendly shores (his mom is a Latvian Catholic). When he grew up, Hernandez told the priests if they ever want to sell, he’ll buy, and in 2003, the call came.

Surratt and Hernandez both work in downtown Chicago and their place in the woods was initially just an escape from the city and a convenient place to throw, in their words, “huge ass parties.” Then, in a slow progression, they two started sprucing up the place—note: not renovating, the plumbing is about 80 years old—and word caught on.

Wandawega as it is today is a camp for adults, or kids trapped in adult bodies, and after you’ve had victories or defeat on the badminton court, you’re encouraged to mix yourself an Old Fashioned. Surratt described the camp by saying, “it’s like someone gave you the keys to their fishing cabin.” It’s BYOB (booze), BYOM (meat), BYOS (soap). 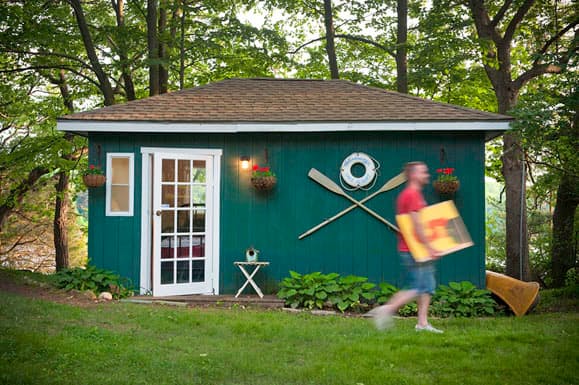 Wandawega rents out to weddings, bachelor parties, company retreats, Niki Taylor. In 2013, Travel + Leisure ranked it one of the World’s Greatest Hotels. It’s led to the need to book-in-advance (2014’s all but booked up on the weekends), but hasn’t changed the camp’s Low Brow Manifesto and self-ascribed “1/8th of a star” ranking. This is a humble camp true to camp roots.

There are all the nostalgic camp activities—archery, canoeing, horseshoes, fishing—without the counselors and lifeguards and nurses there to offer a watchful eye. Essentially, it’s a place to escape, a place to return, in a more boozy way, to that mystique of our favorite childhood retreat.

There’s a treehouse, teepees, bunkhouses, and squeaky vintage beds kept company by taxidermy hanging on nearly every wall. It’s rustic, it’s low brow, and to us, it sounds like a quiet, casual slice of camp paradise. 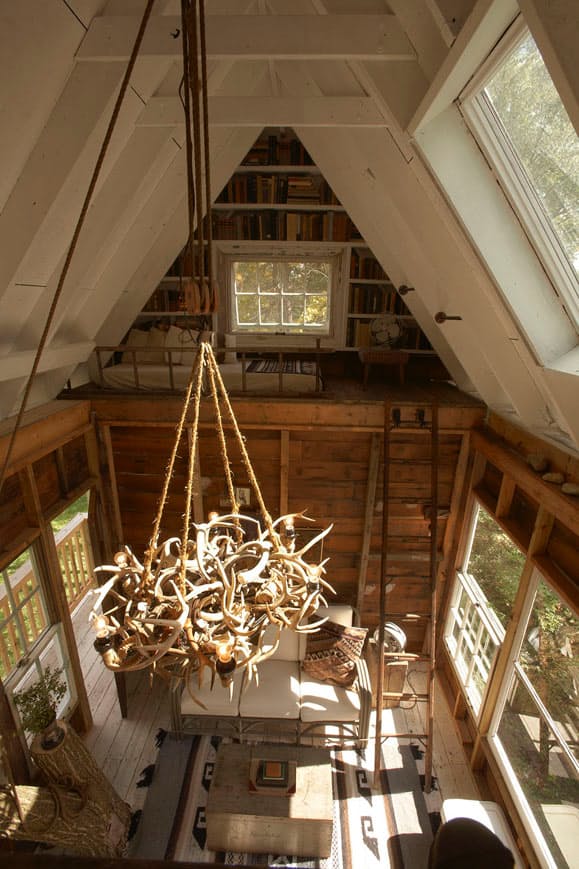 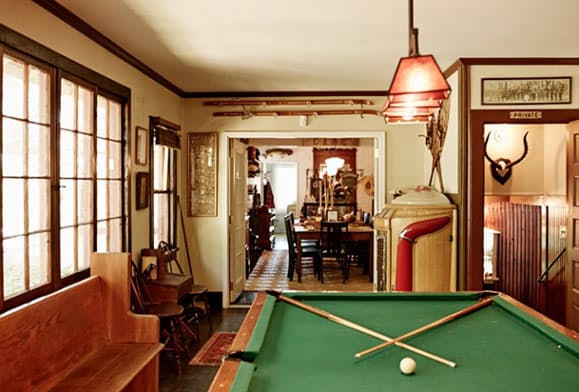 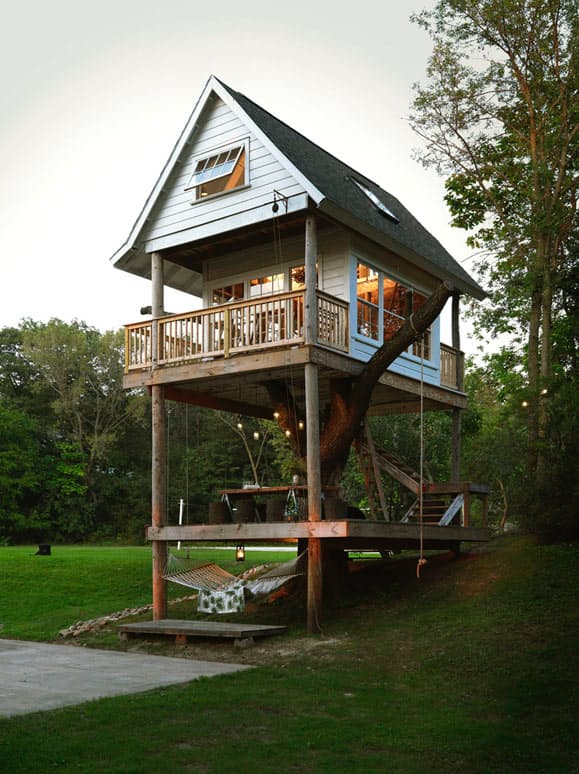 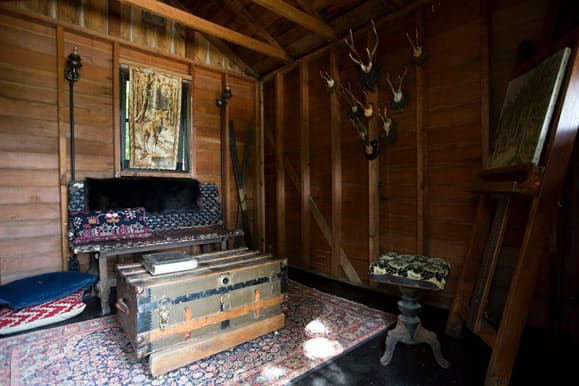 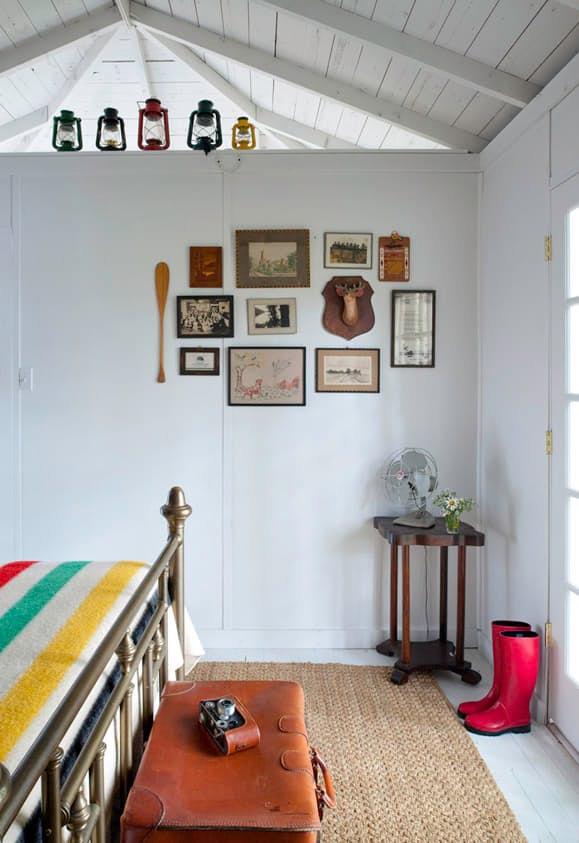 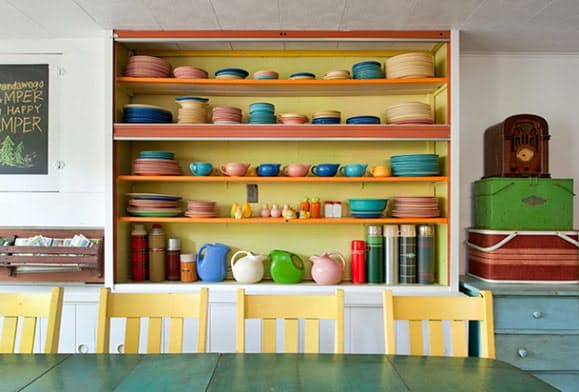 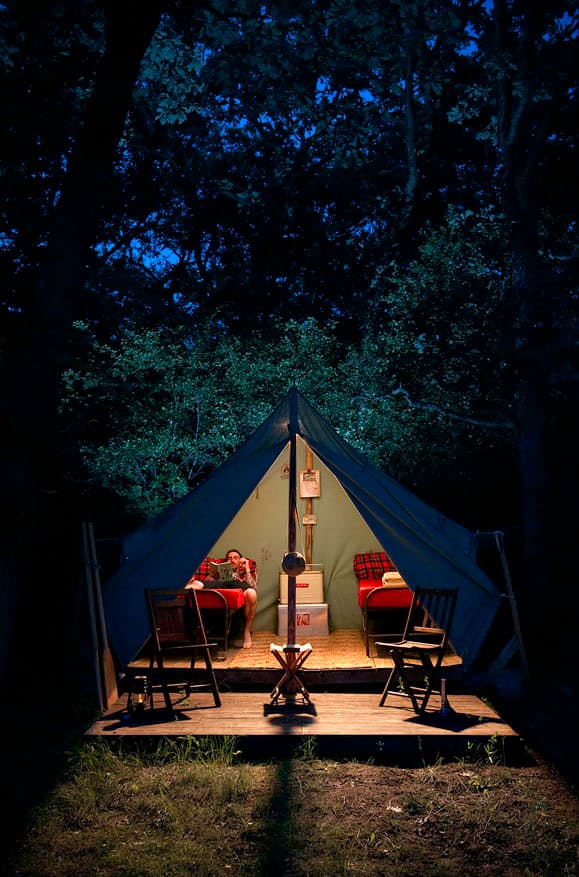 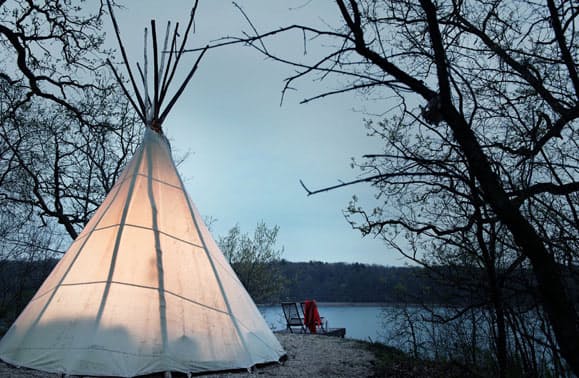 For more, get lost at wandawega.com.