A Brief History of the Tailgate 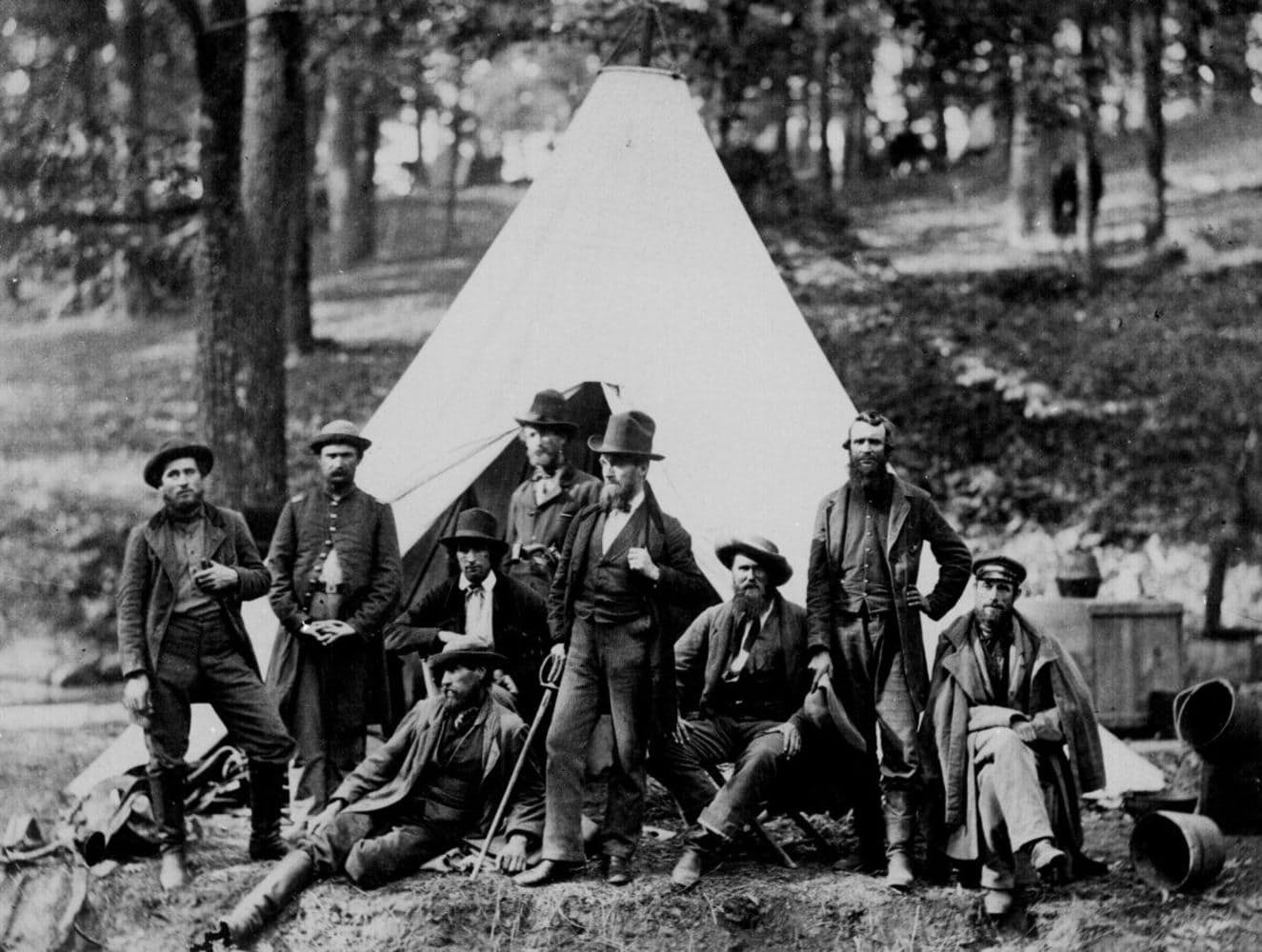 It may have never crossed our minds while we were guzzling beer and dribbling BBQ sauce down our jerseys, but the rowdy tradition of tailgating is, believe it or not, actually richly steeped in history. So crack open another cold one, it's time to learn something new.

The first "tailgate" actually took place during the Civil War at the Battle of Bull Run in 1861. Sure, an active and deadly war zone may not seem like a particularly appropriate place to cheer on your favorite team, that didn't stop civilians from still coming out in droves, picnic baskets in tow, to support the Union army by chanting "Go Big Blue!" [Ed: Some 200 years later, Michigan fans are still as uncivilized as ever.]

This was a fairly momentous occassion in the history of tailgating, as it's one of the first documented cases of food being used to celebrate a heated competition happening just a few yards away. So the next time you're huddled around the grill complaining about how cold it is, just remember to be thankful that you don't have to dodge bullets and artillery fire.

Just five years after the Battle of Bull Run, Texas cattle rancher Charles Goodnight, having seen the need for soldiers to eat, regardless of where they were on the battlefield, converted an old U.S. Army transport wagon into a mobile food wagon. He served up hearty meals from the back of what he affectionately deemed the "Chuck Wagon" named after the low-priced cuts of beef he was serving (ie: the "chuck").

Goodnight's original design bears a striking resemblance to the truckbeds that serve as our base camp for burgers and beers. Of course, the biggest difference is that The Chuck Wagon had to be pulled by 20 oxen, while our beat-up F-150 (generally speaking) does not.

The first time tailgating and sporting events were merged was in 1869, at the inaugural football game between Princeton and Rutgers. This was back when football more closely resembled rugby, with 25 players per team, and absolutely zero discussion whatsoever about concussion safety (or helmets for that matter). Before the game began, Rutgers fans gathered to eat food together while wearing scarlet scarves they had tied into turbans and set about creating a ruckus. The show of support seemed to work, as Rutgers went on to beat Princeton 6 - 4.

Today, tailgates remain just as popular as they were a century ago. Wood stoves have been swapped out for propane grills, scarlet turbans for cheese heads and baseball caps. But tailgates represent far more than a chance to drink beer and eat red meat (both worthwhile pursuits on their own).

The camaraderie and revelry that brings us together — rain or shine, sleet or snow — parallels the action on the field and remains something near-impossible to find anywhere else.

The 5 Pants Every Guy Should Ow...