This mountain town isn't just for skiiers. Head to Jackson in the late spring for hiking, river floats, and unbeatable burgers

ome know Jackson, Wyoming for the winter sports and high-end hangouts. Others know it for mid-summer hikes in Grand Teton National Park. But what about those seasons in between?

Turns out late spring (and early fall) are perfect for catching the natural beauty of Jackson — without all the crowds. Now that's what we call a win-win. 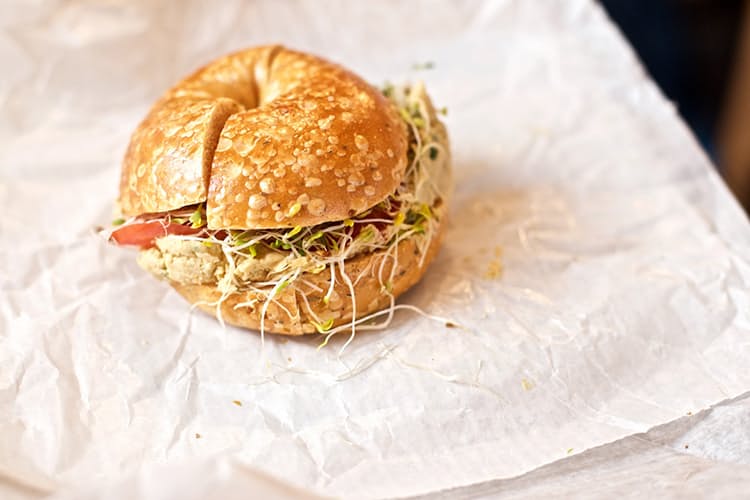 Pearl Street Bagels is the best place to go for a doughy, carb-filled breakfast. The bagels are always fresh and warm, and I love the homemade hummus — thick and substantial, ripe with veggies and herbs. It’s on another level from the supermarket stuff. Pile on tomatoes and sprouts and it’s a delicious, if atypical, hangover breakfast. Or take a leaf out of my boyfriend's book and go for something a bit more classic: bacon, egg, and cheese on a plain bagel. 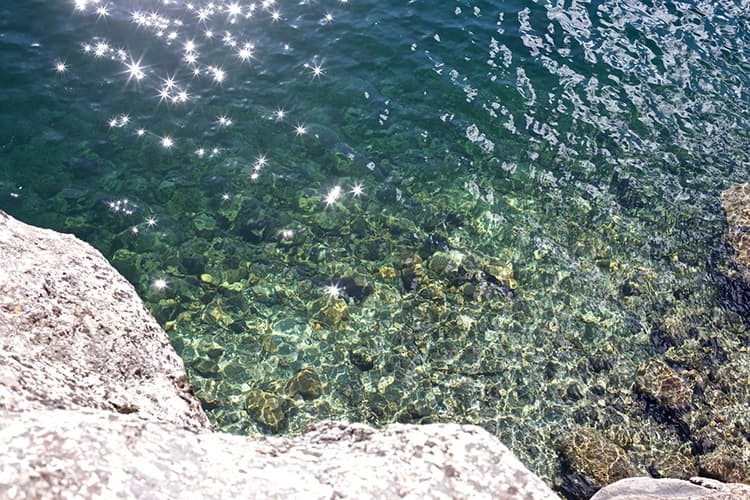 Take a quick four-mile hike around Phelps Lake. The sixth largest in Grand Teton National Park, Phelps Lake is a stunning glacial blue and the water is incredibly clear.

Start out at the Laurance S. Rockefeller Preserve and head right around the lake. About a mile and a half in, you’ll come across a large rock jutting into the lake. Jump in and cool off — it’s the perfect reset button for your body. 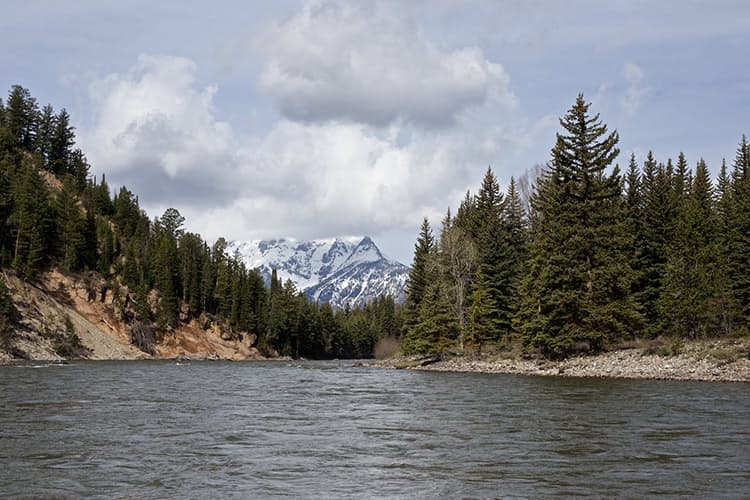 The Snake River Float Trip in Grand Teton National Park is an awesome way to spend three hours getting up close and personal with the mountains. Get on the water with a knowledgeable guide, sit back, and pull out your camera.

Every turn brings a different angle of the Tetons and countless animals. We saw bald eagles, a moose, beaver dams, and numerous water fowl. Our guide answered every question we had about the park and the Snake River's ebb and flow. 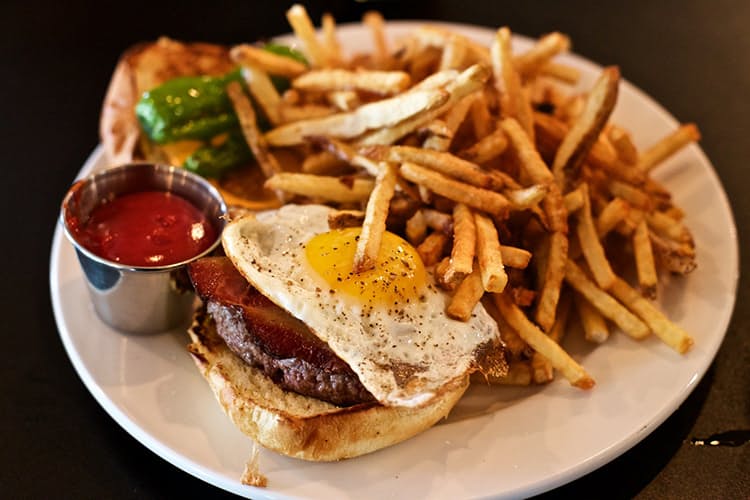 Normally $14, their signature “Melvin Burger” with house cut fries is $8 during happy hour. Bacon, shishito peppers, thai mayo, fried egg, and a perfectly medium-rare burger on a brioche bun — I could go on, but the photo really speaks for itself. 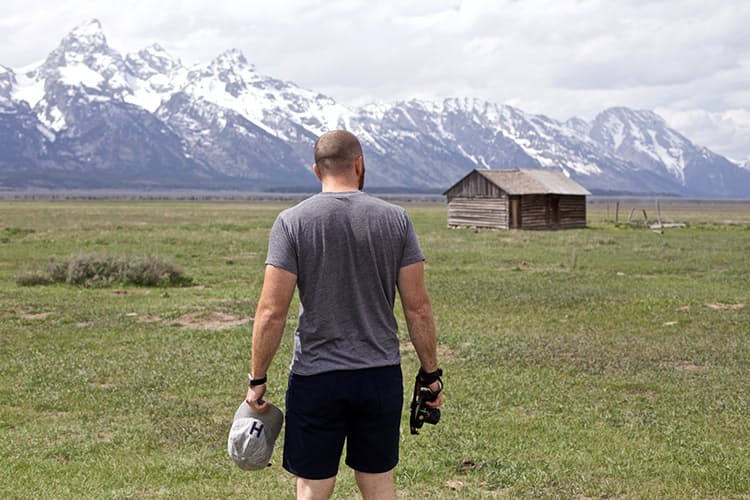 Take a drive down Antelope Flats Road for some of Grand Teton National Park’s most quintessential sights. Here you’ll find Mormon Row (with the famous barn pictured above), copious wildlife (including bison — make sure to keep a safe distance), and the looming Tetons.

Get lucky and you’ll catch a storm blow in and out — you’ll gain insight on how quickly the sights can change around these parts. There’s also access to miles of National Forest land for camping, biking, hiking, and quiet. 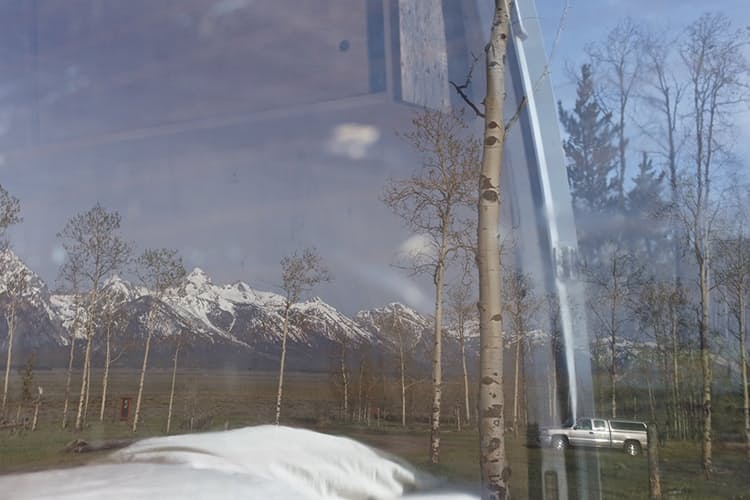 The best deal in Jackson? Hands down, it's camping on national forest land with a killer view of the Tetons. The Bridger-Teton National Forest has more than 3.4 million acres of public land and it’s free to camp for up to 14 days in certain areas. There are some designated campsites with a fee, but countless others close to town with none. I’ve camped in several locations, all surrounded by spectacular landscape.

Catch a shower the next day in town at the recreation center: a mere seven dollars gains you access to all the facilities for the day. 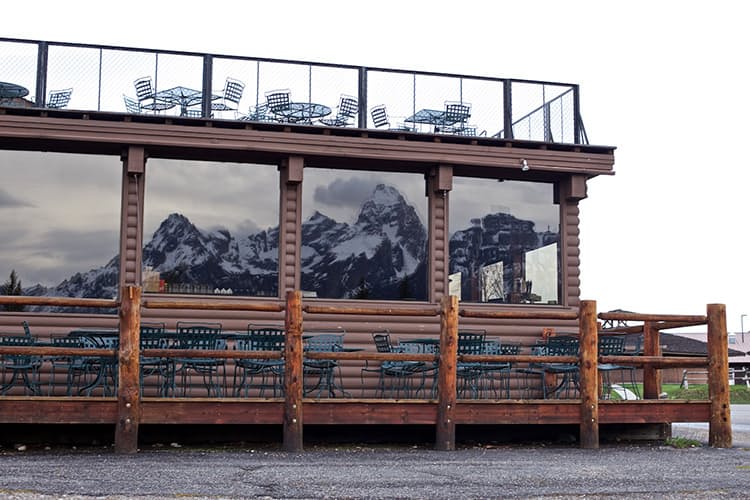 Dornans is a bar located within the National Park. Inside you’ll find river guides, spent hikers, and sightseers alike, not to mention huge windows offering a panoramic view of the Tetons.

Sensing a trend here? One surprising aspect of Jackson and Grand Teton National Park is that it’s impossible to tire of the view. That shock of mountains is all sudden wonder and a little bit magic. I hope you'll see for yourself. [H] 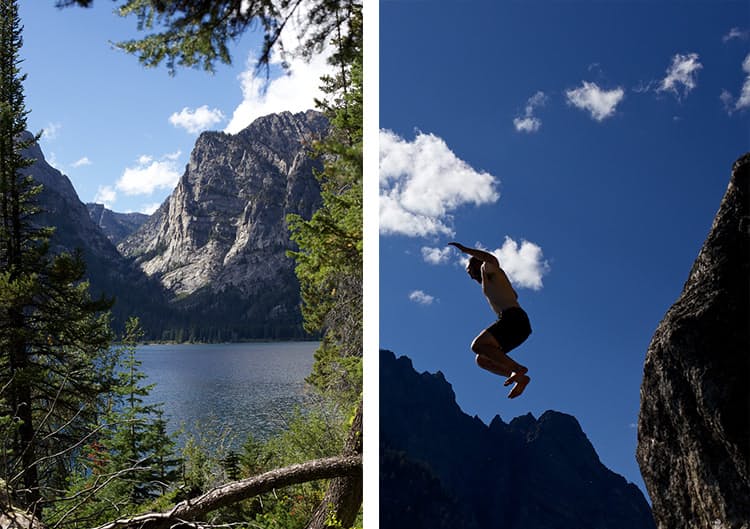 Gale Straub is currently traveling North America with her boyfriend in the Huckberry Sprinter Van.
She loves landscape and believes you don't need to travel the country to see something new every single day. En route, she started She-Explores, a site for inquisitive women in the outdoors, on the road, and besides.
You can buy her prints here.

< Exploring the Azores
Humans of Nicaragua >